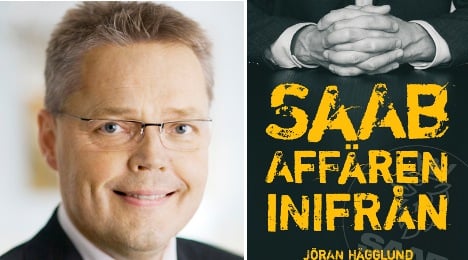 Hägglund’s book – Saab Affären Inifrån (literally: The Saab deal from the inside) points the finger at US giant General Motors and “foolish and opportunist” opposition parties, in a revealing exposé of the complicated negotiations behind the deal to sell the iconic Swedish brand to Dutch minnow Spyker Cars.

The book argues that US owners General Motors had a “hidden agenda” to close the firm down, but kept a different line publicly.

The book, which covers the 18 months leading up to the sale of the firm in February 2010, details the negotiations with General Motors, Koenigsegg Group, Spyker Cars and a raft of other interested parties which fell away as a deadline for the deal and closure of Saab approached.

Hägglund, furthermore reveals that he would rather have seen Italian firm Fiat take over the Trollhättan-based firm, followed by Chinese firms Geely or BAIC, and details an internal battle between forces party to the deal.

“The future of Saab developed into an affair with both the industrial, economic and political overtones,” publishers Ekerlids stated in a press release covering the book’s release on Thursday, observing that the Saab question at time came to dominate the political debate at the turn of 2010.

Jöran Hägglund writes scathingly of the opposition parties who he says hounded the government, demanding that the firm be nationalised.

“Foolishly, opportunist and irresponsible are the adjectives closest to describing the three parties’ actions,” Hägglund writes adding, “we quite frankly became very angry at them.”

Hägglund details a scenario where GM is alleged to have shown ambivalence to the destiny of Saab, caring only for its own commercial interests.

He argues that when the storm had settled after the withdrawal of Koenigsegg Group, the emergence of Spyker as suitable buyers was “proof that there were various internal agendas in (GM) senior management.”

While it emerged from the book that Fiat was the Swedish government’s favoured buyer, Hägglund describes a positive first meeting with Spyker Cars’ flamboyant CEO Victor Muller.

“It was as if a kitchen fan had just passed by,” Hägglund said, while confirming that despite the apparent breath of fresh air to the proceedings, Spyker’s suitability came into question due to the involvement of Russian banker Vladimir Antonov.