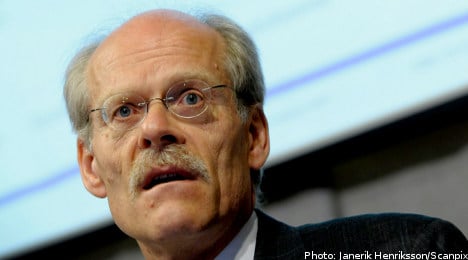 Sweden’s economy is continuing to show good strength, several recent reports have indicated, with low inflationary pressures which are expected to increase as the economy continues to rebound.

The rate was thus raised in order to attain the inflation target of 2 percent in the longer term, although analysts questioned whether the current low crisis rates were becoming indicative of more normal recession level rates.

“The interest rate should be hiked from today’s crisis rates to a more normal recession level rate,” said Elisabet Kopelman, an SEB analyst said ahead of the decision.

The decision is likely to impact on variable mortgage interest rates, which have begun to climb from record low levels in recent months in anticipation of the Riksbank decision.

The Riksbank last raised the repo rate in June from 0.25 to 0.5 percent, the first climb since shortly before the finance crisis broke out with the collapse of US investment bank Lehman Brothers in September 2008.

The bank’s monetary policy update in June, which indicated an easing of the repo rate path to indicate that rates would rise at a slower pace than previously indicated, remains unchanged.

Riksbank governor Stefan Ingves has previously warned households to expect variable mortgage rates of around 6 percent in a couple of years.

Svensson would have preferred to see the rate remain at 0.5 percent, with the rates peaking at 1.75 percent by the end of 2011, while Ekholm preferred a flatter rate path culminating around a percent lower than currently project in the monetary policy update.

Ekholm argued that weaker development overseas could be expected to impact in growth and inflation in Sweden.