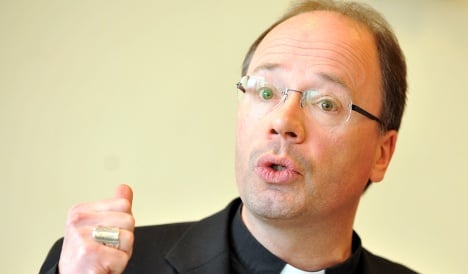 “The dreadful findings and experiences of recent months have shown us that the (previous) guidelines of 2002 were imprecise in some areas,” said Stephan Ackermann, bishop of Trier, as he presented the new rules.

“It was important for us bishops to make sure that … the new guidelines prevent cases of sexual abuse being covered up,” Ackermann, who was tapped by the German Episcopal Conference to draw up the new code, told reporters.

In future, allegations of abuse would be reported to the police more quickly, while new rules will ensure that people who have abused children are under no circumstances given jobs working with young people, Ackermann said.

“We also want to make sure that as many victims as possible … have the courage to come forward,” Ackermann said in Trier, western Germany.

Like elsewhere in Europe, Germany was hit earlier this year by revelations that hundreds of children were physically or sexually abused in institutions throughout the country, all but a handful run by the Roman Catholic Church.

The abuse mostly took place several decades ago but the scandal has still done much to damage the standing of the Church five years after the appointment of the German-born Benedict XVI as pope was a source of great national pride.