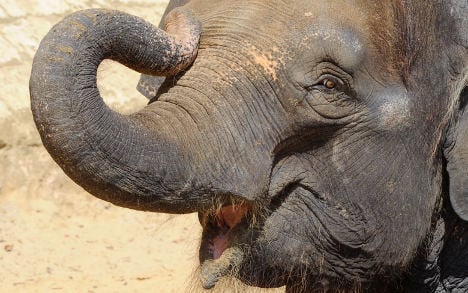 Not the pachyderm in question. Photo: DPA

The 42-year-old woman had the unpleasant run-in with the rambunctious pachyderm after taking her 10-year-old daughter to the grounds of a visiting circus.

As the two were looking at some animals on display during a break between shows, the elephant snatched the woman’s bag with its trunk.

After the woman refused to let go, she was catapulted over the animal’s back onto the ground, where she was briefly knocked unconscious.

The elephant then proceeded to swallow the entire contents of the bag, only spitting out the unfortunate woman’s a slightly chewed car keys.

Her wallet and her house keys, however, “stayed inside the elephant,” according to the authorities.