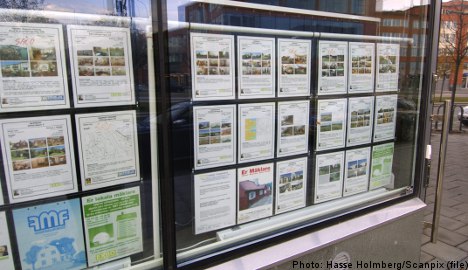 “It’s unfortunately the price to enter the system in Stockholm,” he said, asking that his last name not be given for fear his contract would be revoked if his black market dealings were revealed.

In the Swedish capital, an egalitarian-minded rental system put in place more than half a century ago to help erase social differences by permitting rich and poor to live side-by-side in the centre of the city has a very large flipside.

The publicly regulated system has created a flourishing black market for aspiring tenants willing to dish out huge sums to skirt multi-year-long waiting lists for a rental contract.

“I don’t know anyone in my building who got his apartment through the queues,” Johannes said, sitting in a large living room overlooking a well kept courtyard in the heart of trendy Södermalm.

Virtually the entire Stockholm rental market falls within various queue systems regulated by the municipality. More than 300,000 people are currently waiting in line for a rental contract in the capital, a city of around 2 million inhabitants.

Taking part in the system requires more than a small dose of patience.

“The waiting times have been largely stable, around four years for an apartment in the suburbs and around 12 in the center,” said Per Anders Hedkvist, who heads up Stockholm’s Housing Service (Bostadsförmedlingen).

The public agency controls about 85 percent of all rentals in the Swedish capital. It and other queuing services aim to keep rents stabilised and ensure that apartments of the same size and standard cost the same, regardless of their location.

Seniority on the waiting list, not wealth or social standing, is the only criterion determining who gets in. While this may sound utopian in theory, critics claim that the system has given rise to acute housing shortages and an enormous underground market for such coveted “first-hand” contracts.

Once in, “first-hand” renters are entitled to hold onto their contracts at a fixed low rate basically forever, to swap contracts, or apartments, with anyone they wish inside the system and to purchase the flat at a very advantageous rate if it is ever put up for sale.

As a result, renters who finally land an apartment in a plush location are rarely willing to give them up and hand them over to the next in line, even when they decide to move.

Instead, many opt to sublet and make a bundle under the table — where they are not subject to controlled rents — or, as in Johannes’s case, “sell” their contract to the highest bidder.

The housing lists may be long, but proponents of the system point out that anyone over the age of 18 with a Swedish social security number can queue up.

By planning ahead, residents can secure a long-term, low-rent apartment when and where they need it with no threats of sudden rent hikes or evictions.

However, for students and workers moving into the capital from elsewhere in Sweden, immigrants to the city and foreigners passing through for a few years, it is a different story.

Not able to wait for years to land a place even in the outskirts of town, some take up a mortgage to purchase a place outright, but most are relegated to the treacherous “second-hand” market, bouncing from short-term sublet to sublet and handing over bundles of cash under the table.

Cecilia Bonde, a 27-year-old hotel receptionist, says she for years has been moving between sublets that rarely last longer than six months at a time, with short-to-no notice and rents up to double what the “first-hand” contract-holder is paying.

“I have lived here, here. And here. Oh, and there…there, and there,” she told AFP, pointing to at least 15 different locations on a map of a single Stockholm metro line.

Despite its egalitarian intentions, the system, critics say, contributes to a certain level of segregation: a recent study by the Swedish Property Federation (Fastighetsägarna) showed that people living in the city centre have higher incomes than renters in the suburbs.

“Stockholm is a closed market,” federation spokesman Henrik Tufvesson said, pointing out that while this might be beneficial for native residents, newcomers suffer.

“The system has some adverse effects [like the fact that] it’s difficult to get in…that grandparents pass on the contracts to their grandchildren or that there is a black market,” acknowledged Hedkvist. “At the same time, there’s a big advantage: nearly everyone can afford renting an apartment in Stockholm.”

According to studies, rents in the city centre would likely skyrocket between 40 and 50 percent if the rental market was liberalised. If that happened, “Some people could not afford anymore to live in the center,” Hedkvist pointed out.

However, Tufvesson refutes that argument.

“The rich already live in the centre,” he insisted.

The average Spaniard leaves the nest at 29.5 years of age. Photo: Gabriel Bouys/AFP