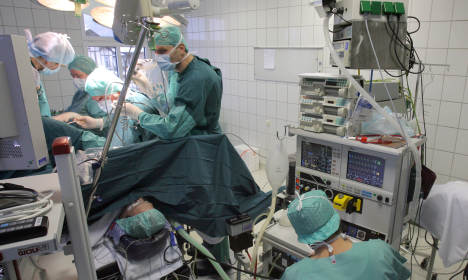 Revisions to the law would allow doctors to use organs from patients who have been declared brain dead – as long as the donation would not violate their stated wishes. Under current rules, organs can only be harvested for transplant if the patient previously agreed to become a donor or if relatives give their consent.

In remarks made to the Welt am Sonntag newspaper, Rolf Koschorrek, parliamentary health committee representative for the conservative Christian Democrats (CDU), described potential revisions to the law as a “chance to significantly improve the supply of donor organs” in Germany.

Yet German Health Minister Philipp Rösler said the law should not overstep its bounds: “In regards to this issue, I think there’s only one option: You have to persuade people,” Rösler told the paper.

“There is also no direct connection between the legal basis and the number of donations,” he added.

CDU health expert Wolfgang Zöller agreed that it’s time to mull new options: “In view of the shortage of donor organs, all possibilities need to be discussed openly,” he said.

Meanwhile, the director of the German Heart Centre in Berlin, Roland Hetzer, claimed priorities were “askew” under current law. “The rights of the deceased are more highly valued than those of the ailing living,” he said.

According to government statistics, some 12,000 people in Germany are currently waiting on organ transplants.