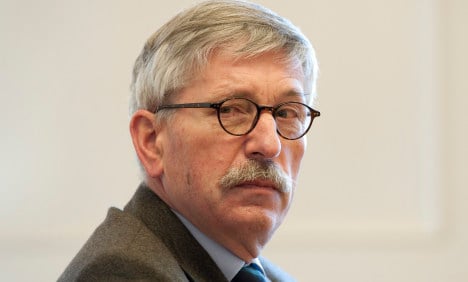 “All Jews share a certain gene; Basques have certain genes that differentiate them from others,” Sarrazin told the Welt am Sonntag newspaper.

Sarrazin’s interview sought to clarify controversial statements about foreigners from his forthcoming book, seen by many as inflammatory and xenophobic. Though the Bundesbank official rose to his own defence, saying, “I am not a racist,” he also added fuel to the fire in responding to the question on “genetic identity.”

Speaking to the Bild am Sonntag newspaper, German Foreign Minister Guido Westerwelle said Sarrazin had gone too far: “Comments that foster racism or anti-Semitism have no place in political discourse,” he said.

“Bundesbank board member Sarrazin has clearly crossed this line,” he said.

In a guest contribution for the paper, the former vice president of the Central Council of Jews in Germany, Michel Friedman, insisted there could be “no more tolerance for this intolerance.”

“We need bridge-builders, not people who preach hate, much less on the board of the German Bundesbank,” he wrote.

Sarrazin’s remarks have prompted a heated backlash from his fellow Social Democrats, and the chorus of voices demanding his dismissal from the party is growing.