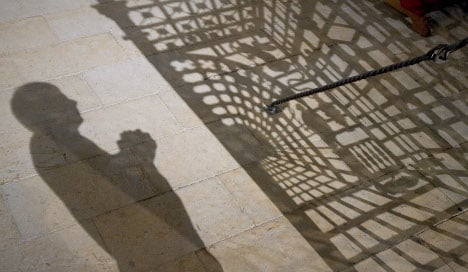 The priest, 50, allegedly abused the girl, aged 14 at the time, over a three-year period from 1990, telling her she “wouldn’t go to heaven” if she did not comply, Alexander Retemeyer, a spokesman for prosecutors, told news agency AFP.

Hermann Haarmann, a spokesman for the diocese in Osnabrück in Lower Saxony, where the alleged rape took place, said the priest was suspended from duty in March when the woman came forward and a probe was launched.

The case was handed to prosecutors when the priest refused to turn himself in to police, Haarmann told AFP.

Like other European countries, Germany has been rocked in recent months by revelations that hundreds of children were physically or sexually abused in institutions, the vast majority Catholic-run.

The scandal has badly damaged the standing of the Church in Germany, five years after the German Pope Benedict XVI’s appointment as leader of the world’s 1.1 billion Catholics, a source of great national pride.