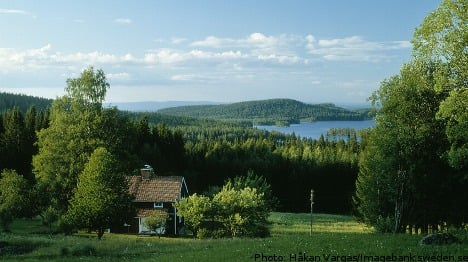 “What I can say is there are a number of indications that filming will take place in Hälsingland,” Ola Rutz at Swedish production company Yellow Bird Productions told the local daily Ljusnan.

Rutz and Yellow Bird colleague Thomas Lothström have been in Bollnäs to check out possible locations for the film, whose Swedish language version has proved a smash hit, bursting through the $100 million mark already by the end of June.

“A hot tip would be to keep your eyes open for what happens in Segersta in the near future,” Rutz told local news website helahälsingland.se, referring to the small town on the banks of the Ljusnan river, 250 kilometres north of Stockholm and home to around 350 people.

But while nothing is yet decided, Rutz indicated that if Hälsingland were given the nod by by Colombia Pictures, then it is likely to feature in some key scenes in the film and involve the stars – recently confirmed as Daniel Craig as Mikael Blomqvist, and Rooney Mara as Lisbeth Salander.

Bitti Lehman, who together with her husband Jörg Lehmann, runs Kilafors Herrgård – a 19th century manor on the banks of the Bergviken lake – which has received a booking from the film team for five weeks sometime in September and October.

“I can confirm that we have received a preliminary booking from the film team for the autumn. They have hired the whole hotel but we don’t know the specifics of who may be staying here,” Bitti Lehman told The Local on Tuesday.

Lehman told The Local that while the area is getting used to being in focus as a result of the royal wedding in June – Prince Daniel originates from nearby Ockelbo – the booking stands to give the hotel and the area a further significant boost.

“It means a lot to us and for the town and the whole area. We are of course very happy for this booking and hope for a continued boost to our hotel and that it leads to more visitors to the whole of Hälsingland,” Lehmann told The Local.