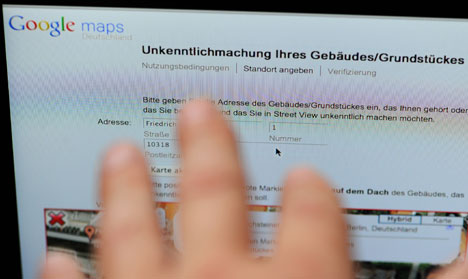 The move is part of an effort to calm a virulent debate over privacy concerns with the service, which allows users to view online panoramic still photos taken at street level using specially equipped vehicles in cities around the world.

The internet giant presented plans last week to roll out images from 20 German cities on Street View later this year.

Uniquely for Germany, Google launched a campaign giving citizens concerned about safety or privacy four weeks to tell the company to have pictures of their homes or businesses pixelled out before they are published.

But after critics complained that the deadline was too short, particularly as many Germans are still away on their summer holidays, the company is now offering to double the reply period to eight weeks, running out on October 15.

After that, photographs can be pulled from the Web only after they have gone online.

The company said in a statement it was doing all it could to accommodate the particular concerns of Germans, still marked by their experiences under the Nazi and East German communist dictatorships.

“In the process, Google has committed to measures that go far beyond those in other countries and take into account the particular requirements of German data protection authorities,” the company said.

Google said the decision on the new policy was taken after talks with authorities in the northern city of Hamburg, where its German unit is based.

The German government is weighing new laws on online data protection in the wake of the debate over Street View.