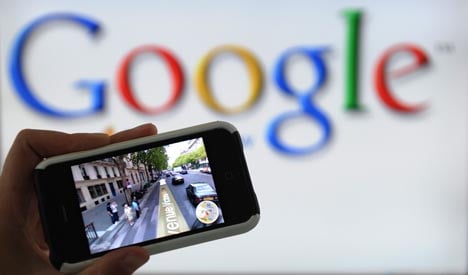 Politicians from the pro-business Free Democrats (FDP) have raised the possibility of reversing the responsibility regarding the opt-out rules – so that a firm like Google would have to actively gather permission from residents, rather than simply giving them the chance to object.

FDP parliamentary group deputy leader Gisela Piltz told daily Bild: “I’m in favour of a consent resolution being considered in any case where sensitive data material is being compiled by Google.”

Her view was shared by FDP legal expert Christian Ahrendt, who told business daily Handelsblatt there was an “urgent need for action.”

Stephan Mayer, security expert for the Bavarian conservatives, the Christian Social Union, told Bild that Google should get the express consent particularly of older residents, rather than waiting for them to object – a process he said they might not understand.

“The issue must not be put off,” she told daily Süddeutsche Zeitung. “The applicable data protection rights must in the end by adapted to the digital world.”

Street View is an online service by US internet giant Google that allows users to peruse street-level, panoramic pictures of major cities – a kind of “virtual tour.” The pictures are taken by cameras mounted on cars that drive around the city.

While the service is available in many other countries, it has run into firm opposition in Germany over privacy concerns, forcing Google to offer an “opt-out” system, which was launched yesterday and lets home owners and renters demand that their building be blurred out.

The cabinet is set to discuss the issue Wednesday. Interior Minister Thomas de Maizière and Consumer Minister Ilse Aigner have ruled out a “Google Law” that specifically targets the US firm.

De Maizière believes the angry emotions directed towards Google over Street View are an overreaction. But he has expressed willingness to consider a universal law that would cover geological data services.

He plans to put forward proposals on September 20 in a meeting with data and consumer protection groups, along with Google and other providers of geological data services.

Greens parliamentary leader Renate Künast attacked the government for failing to act on the issue, saying De Maizière should have responded to the simmering issue long ago.

“The government has slept through the evolution of the internet,” she told Hamburger Abendblatt.

It had long been clear that Google Street View would become an issue, she said. She called on the government to adjust the laws without delay, but stressed it could not be a legislative quick-fix.

“It is time the coalition strengthened people’s rights to information self-determination with a change to the data protection laws.”

She said she had led many discussions between Google and consumer groups and had kept the issue among her priorities.

“As a result, we have implemented tougher opt-out regulations than any other country where there is Street View,” she told the Passauer Neue Presse

Google plans to put Street View online for 20 major German cities by the end of the year.