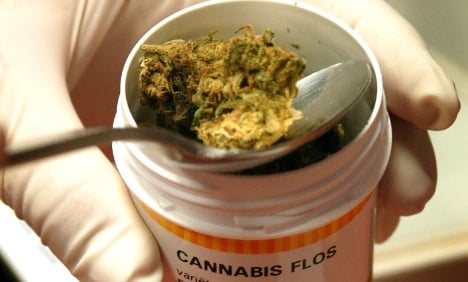 Doctors could write prescriptions for cannabis, and pharmacies would be authorised to sell the plant once the law had been adjusted, a member of the junior coalition party, the pro-business Free Democrats (FDP), said Monday.

Marijuana would also be permitted for use as a pain reliever for the terminally ill in hospices and other care facilities, making it a legal part of their emergency pain-relief stocks.

“With this, the sickest people will always have a pain-relieving substance available,” said Ulrike Flack, the FDP’s health policy spokesperson.

The new law will end a long-running struggle between German officials, doctors and health insurers over use of the proven herbal therapy for treating the pain stemming from diseases such as cancer and multiple sclerosis.

According to the International Association for Cannabinoid Medicines (ACM), only 40 patients in the country are currently allowed a medical marijuana prescription – even though law enforcement generally tolerates small amounts for personal use.

Almost two years ago, the conservative Christian Democrats, the FDP and the centre-left Social Democrats all voted against loosening medical marijuana laws. Opponents had warned of the drug’s alleged potential for addiction and doubted its medical benefits.