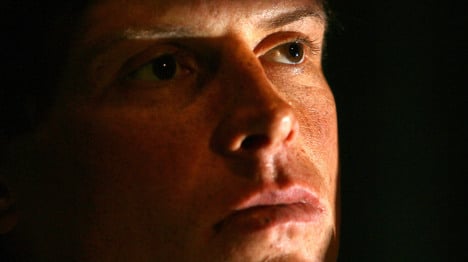 Der Spiegel magazine reported on Saturday that 36-year-old Ullrich, who won the Tour de France in 1997, will likely face charges of giving false information under oath, and attempted fraud.

Hamburg’s state prosecutor dropped an investigation into such potential charges last month, but a district court has now ruled in a civil case, that he did in fact make the disputed €55,000 payment to Eufemiano Fuentes, the Spanish doctor implicated in many cycling doping cases.

Ullrich opened a civil case against Werner Franke, an expert in the doping field, to stop him repeating his damaging assertion that Ullrich had made the payment to Fuentes.

The court decided on Friday that Franke was correct, opening up a strong possibility that the criminal investigation relating to the payments could be re-opened, the magazine reported.

Ullrich had denied on oath making such payments, or having any contact with the Spanish doctor.

“It cannot be accepted that Ullrich lied to the court and to me for four years with this statement, and now gets away with it,” said Franke, who is a professor in Heidelberg University.

He said he had spent tens of thousands of euros fighting the case. His lawyer has now launched an appeal against the dropping of the criminal charges against Ullrich.

This is just the latest chapter of an on-going fight between Ullrich and Franke – an initial court decision went in Ullrich’s favour, but was appealed by Franke.

Ullrich posted a message on his website dated Thursday, saying he had recently been diagnosed with burn-out syndrome. This will likely require lengthy treatment, he wrote.

“In order to enable a quick recovery, I will completely withdraw from the public over the next months,” the message says.

He appealed to the media to leave him and his family alone.

Ullrich’s reputation never recovered from his suspension from the T-Mobile cycling team and the legal wrangles which followed, including a fine of €250,000 which he paid in order to settle a court case against him.

The federal police compiled a report in 2009, which was leaked to Der Spiegel and clearly said that Ullrich had made use of Fuentes’ doping system in order to improve his performance – breaking his business contract.

The magazine also notes that Ullrich’s long-term advisor Rudy Pevenage recently stopped denying the doping allegations. “How can it do any good to continue lying? I organised Jan’s trips to Madrid to see Fuentes,” he told the French newspaper L’Equipe.