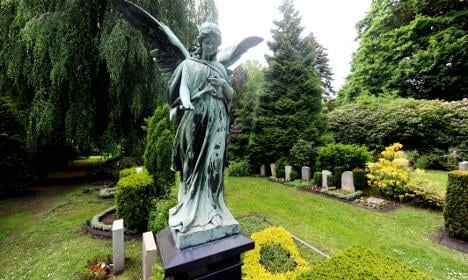 Henning Hammond-Norden, 71, is among the new participants in the scheme. The Groß Borstel resident adopted a burial plot that features a grand obelisk, according to daily Hamburger Morgenpost.

Another family used to own the site, but it has since been abandoned and Hammond-Norden paid just a fraction of its worth to be buried there.

“The restoration cost me about €4,000,” the retired master stonemason and co-leader of the cemetery’s “circle of friends” told the paper. “One can’t find such a spot for less than €60,000.”

The work he does is a contribution to protecting the famous cemetery, he said.

“And I find it nice to know where I will one day rest,” he added.

So far the Ohlsdorf cemetery – which claims to be the largest park-style burial facility in the world – has 50 such grave sites on offer for the new programme.

Whoever adopts a site must pay a transfer fee that starts at €1,300 for 25 years of ownership, in addition to conducting restoration of monuments on the site, after which the new “patron” earns the right to be buried there.

Sites include those with imposing angel statues and large family grave monuments.

“Without the adoption the graves would be become derelict,” cemetery spokesperson Lutz Rehkopf told the paper, adding that this would be a shame.

At 391 hectares, the Ohlsdorf cemetery is Hamburg’s largest green space, containing more than 450 tree species, along with ponds and streams that are home to numerous water birds. Among the people buried there are prominent politicians, poets, actors, and musicians.