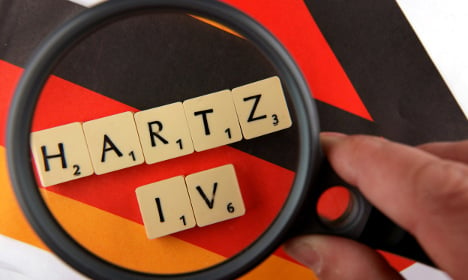 Over the weekend, Labour Minister Ursula von der Leyen said she was planning corrections to the unemployment benefits that would have far-reaching consequences for the long-term jobless.

In addition to what is likely to be higher payments, households with children will receive vouchers for sports and education activities and school lunches paid directly by the local authority, instead of just extra per-child payments.

The increases are to be linked to inflation and the average wage in Germany. The link between unemployment benefits and pensions will be abandoned, meaning that benefits will rise more quickly than pensions.

The reforms were prompted by the German constitutional court, which in February ordered a re-evaluation of the way Hartz IV payments are calculated. The court also ruled that Hartz IV payments for children have to be calculated more accurately, based on their educational and health needs.

But the government coalition of Chancellor Angela Merkel’s conservative Christian Democrats (CDU) and pro-business Free Democrats (FDP) were at odds over whether the long-term unemployed should receive more money.

CDU parliamentarian and member of the Bundestag’s social affairs committee, Johann Wadephul, told daily Die Welt that while the new calculations could lead to increased benefits, it was right for them to be oriented to inflation rates.

“The financial wiggle room for the unemployed is determined in large part by inflation,” he said.

Meanwhile Max Straubinger, a member of the CDU’s Bavarian sister party the CSU, told Die Welt it would be undesirable for unemployment benefit rates to go up with the new proposal, saying that their current level is “very realistic.”

FDP politician Miriam Gruß agreed, telling the paper that there must be a “gap between Hartz IV recipients and those who work.”

His FDP colleague Heinrich Kolb also told Bild that he feared a greater burden on the federal budget.

“Should the Hartz IV reforms lead to greater payments, the ministries will have to make suggestions for savings elsewhere,” he said.

Meanwhile the Paritätische Wohlfahrtsverband, an umbrella organisation of some 9,000 social welfare and equality groups, was optimistic about the changes, which would come into effect next year if the new law passes in parliament.

“We are very sure that the federal constitutional court’s new ruling on Hartz IV will lead to improved benefits for both children and adults,” leader Ulrich Schneider told daily Berliner Zeitung. According to his organisation, benefits for singles should increase from €359 to €420 per month if they are to cover the basic cost of living.

“The only way to reform Hartz IV according to the constitution is to raise the benefits along with the cost of living in the future,” deputy parliamentary leader for the centre-left Social Democrats Elke Ferner told daily Handelsblatt.

“Only then can it be prevented that more and more workers are totally dependent on Hartz IV and then receive only a mini-pension in old age,” she told the paper.