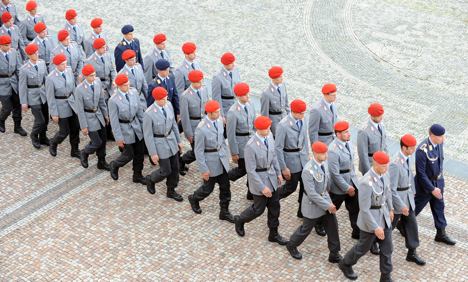 According to a survey conducted by the Emnid polling service for the news magazine Focus, 43 percent of Germans would like to see the end of compulsory military service, while 51 percent would like to retain it.

Emnid questioned about 1,000 people at the end of July. A recent survey carried out by the Lepizig Institute for Market Research came to a similar conclusion.

The Defence Ministry is considering reducing the size of Germany’s standing army from 252,000 to either 205,000 or 170,000 troops. The second option would mean abandoning conscription.

Saxony state premier Stanislaw Tillich, of the ruling Christian Democratic Union (CDU), told the Hamburger Abendblatt newspaper on Saturday that he was against ending conscription.

“The constant exchange between people in military service and society is of central importance,” he said. A completely professional army would have no connection with the German population, Tillich argued, adding, “On top of this, conscription can inspire young people to join the army.”