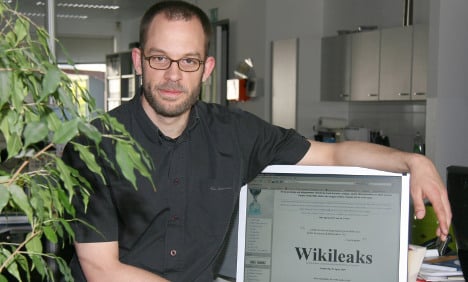 To some, they are the future of crusading, investigative journalism. To others, they have recklessly endangered lives. Either way, Wikileaks changed the rules of whistle-blowing this week with what appears to be the biggest leak in history.

Notionally led by the nomadic, white-haired Australian Julian Assange, Wikileaks has no home base, no owner and – critics say – no accountability for what it publishes.

Afghan informants and ISAF soldiers fighting the Taliban could be killed because of details revealed in the documents, they say.

Yet Wikileaks are indubitably at the vanguard of a fundamental change in the way classified information is leaked.

With this week’s release of 92,000 classified US documents on the Afghanistan war, Wikileaks broke new ground with an unprecedented collaboration with three of the world’s biggest media organizations: Germany’s Der Spiegel, Britain’s Guardian newspaper and The New York Times.

Daniel Schmitt, a 32-year-old former IT security specialist from Berlin is, along with Assange, the public face of Wikileaks.

What did you want to achieve with the release of these documents?

We were hoping for a more informed debate about the situation in Afghanistan. From the reaction we’re getting, this is exactly what is happening.

You feel it’s had the impact you wanted?

If you ask me, it’s just at the beginning. For the first few days, news (organisations) were just nervously reporting that it was out, and scratching the surface. This is shifting to a content-related debate now. Lots of politicians here in Germany are starting to comment. (Opposition parties) in the parliament have stated that the mandate to continue the Afghanistan war will depend on findings from these reports. A public debate is exactly what is happening.

You’ve faced a wave of accusations in the past five days that Wikileaks has endangered individuals, particularly Afghan informants. What’s your response?

On the human level I can perfectly understand. It’s one of the reasons we’ve withheld these 15,000 documents. It’s certainly not something we don’t care about. On the other hand, with such a volume of records, it’s a very large effort and practically impossible to make sure there’s nothing in between that we might overlook.

You admit there could be material in there that endangers people?

Every piece of information you publish has the possibility that someone might be harmed. I’m not saying this is an easy thing or that we don’t care about this. I don’t want to give the wrong impression there, but on the other hand, that is something we have to be honest about.

The far greater danger with this whole war and the whole situation in Afghanistan seems to be that decisions are being taken on an ill-informed basis. That is far more dangerous for people involved than any single document.

Have you thought at any time since Sunday that you should have been more thorough about removing information that could expose people?

It’s been reported that you still have a huge amount of material you haven’t published yet. Is that true?

Since December we’ve received about 25 submissions per day, so even if half of that is complete bullshit … it’s still a huge amount of documents. These have to be processed and put out. That’s going to be information from all over the world, from all walks of life, from all industries.

How do you authenticate the material? How do you know if it’s real?

We work with 800 experts on verification of the material we get. First there is a technical verification, which means we forensically look at documents and see if the technical properties fit with the content – you can see if someone has photoshopped something for example.

Then we have the regular mechanisms that every journalist uses, like calling up organisations and asking about it, doing a content check, matching it with the facts. It’s a fairly robust process.

Is this the future of journalism?

We are changing the game here. Look at the sheer amount of really good leaks we’ve had in the past three years. The whole idea of automating the leaking process is changing the way that society works.

Why do whistle-blowers come to you rather than going, say, to a newspaper?

Because we publish the documents in full. Look at what a source wants – a source wants the maximum impact for their revelation. They want to change something. If they go to a newspaper, the newspaper will keep the information to themselves so they have a scoop and they won’t share the information with other newspapers to work on further. When we publish something, everyone can write a story about it.

Why did you involve three news outlets: Der Spiegel, the Guardian and the New York Times?

First, in the past when we’ve just put out publications that are complex and large in volume, and not given anyone a heads-up, and none of the media have done a good analysis because they didn’t have the calmness of being able to review it without any competitive pressure.

Second, we’ve been looking into ways of collaboration with regular media for quite a while. This is one of the first tests in such a collaborative effort on an international basis and the experience we get can help with setting up more regular collaborations with a much broader field of media.

Are you happy with the way the newspapers handled the information this time?

Yes, I think so. Julian has some issues with the New York Times. They didn’t link to us and the writing was pretty defensive. There was no cost involved (to them) and they haven’t as far as I can tell donated to us either – I can understand there’s some disappointment.

What kind of future collaborations are you looking at?

Pretty soon we’re going to introduce the distributed submissions system. Newspapers in the future can have a Wikileaks button on their websites, ideally under every story. People who are reading your stories and might have documents to contribute, or feel that you are a good newspaper and want to give you their documents, can submit them via this button and we know that you have sourced it and you get the embargoed access for two weeks.

Then you can analyse and we will publish in co-operation with you. This will take away the burden for us of deciding whom to work with. We are neutral. We don’t actually want to pick the New York Times or the Guardian or anyone else. We want people to work on an equal basis with us. We’d like to pass this decision onto the source, who might have a preference.

Do you ever feel that information is dangerous? Not just the identities of individuals but a whole set of facts, for example?

There are all sorts of hypothetical examples but we have internally agreed to wait until they come up. But I totally agree: there is no doubt for us that there is a lot of information that is not supposed to be public.

Tell us a bit about yourself. Stories written about you say you and Julian don’t pay yourselves salaries from the Wikileaks donations. How do you live?

I had a job in IT security until January 2009 which I then quit to focus on this project. Right now I’m living from the savings I have and that’s what everyone else is doing.

That can’t go on forever.

No, we need to start paying ourselves a salary. Right now, we still manage to avoid spending time on that subject, somehow. As long as it does not hurt too much not having a salary, we can focus on other stuff, but at some point, this discussion certainly has to be had.

Do you move around or live permanently somewhere?

I live permanently in Berlin.

Do you have any trouble with authorities?

No and I don’t expect any either. Germany has fairly good laws and I still believe in the rule of law.

Julian moves around a lot, it is said.

Yes, I moved around a lot with him. But that’s not my way … I need a more permanent basis, starting with the fact that I need to cook from time to time. Julian is more nomadic. He prefers not to eat at all.

You’re clearly smart people. You could be making a lot of money if you started your own business. Why did you choose to do this instead?

Everyone with a skill or a talent has the responsibility to act responsibly within his community. When this project came into being it was pretty clear this could really change things and it could help make the world a little bit more just.