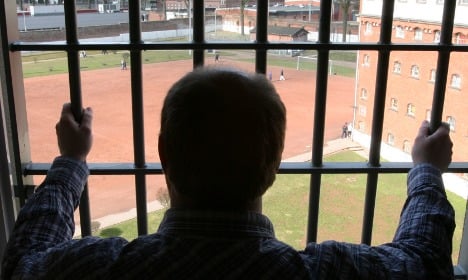 In a landmark decision, the court ruled that inherent human dignity applied even in the tough world of the penal system and that prisoners had the fundamental right not to be exposed to “grossly unhygienic or disgusting accommodation conditions.”

That included what the court referred to as “verbal excrement” such as racist or anti-semitic graffiti on walls.

Human dignity belonged to “every person on the grounds that he is a person, regardless of his social position, his income, or the guilt with which he has burdened himself,” the Karlsruhe-based court ruled.

The court was judging a complaint by a prisoner who was held temporarily in a Lower Saxony detention centre while being transported. The walls of the cell in which he was held were defaced with swastikas and violent racist comments, as well as being smeared with excrement.

During the three days the prisoner was there, in January 2008, the cell was daubed with “4,205 swastikas and inhuman texts,” the prisoner said.

Two lower courts rejected his complaint on the grounds that, because he was no longer detained in the cell, he had no legitimate grounds to complain about the conditions there. But the Karlsruhe court – the highest in the land – overturned these rulings, saying the prisoner had had his basic right to legal protection breached.