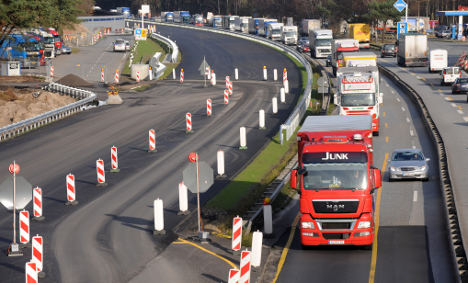 The Rhineland man threw the boy out of his car at the Steigerwald-Süd rest area near Schlüsselfeld on Sunday evening, according to a police statement.

“With €5 in cash, junior was to hitchhike for the remaining 450 kilometres,” the police statement said.

But around 7 pm, passing drivers reported seeing the boy walking along the motorway with his rucksack. One driver even pulled over to check on him, finding out about the fight and calling the boy’s father, who told the concerned man that the situation was a “disciplinary measure.”

When police arrived, the boy admitted to provoking his father during their drive home from Bavaria.

By the time an officer reached the father, he was already near Frankfurt, and suggested that his son spend a night at the police station. Police however insisted that he return to pick the boy up.

“It then took until about midnight for the family reunion to take place,” the statement said, adding that the father admitted he had perhaps “overshot his goal” of teaching the boy a lesson.

The pair hugged before they set off on their more their long journey home.

Meanwhile police have notified youth services of the incident, the statement said.