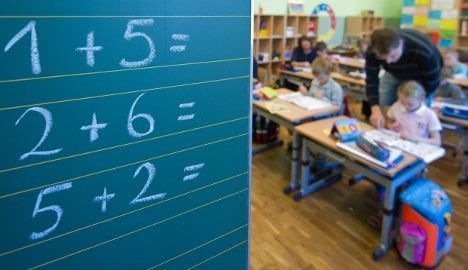 Some of Germany’s leading publications warned the referendum on Sunday, which thwarted the city-state government’s attempt to create a common primary school up to sixth grade, would complicate educational policy nationwide. But others welcomed more direct democracy, as citizens revolted against unpopular policies implemented by out-of-touch politicians.

The website of weekly Die Zeit called the referendum against the school reform “a panicky segregation of the middle class” that will only aggravate the city’s educational woes.

“The vote doesn’t only mean the end of (children) learning together longer. It’s also a manifestation of the fears of the middle class. The opponents of reform didn’t have many good arguments. There’s a reason why children in all European countries aside from Austria learn together up till at least the sixth grade.”

Die Zeit said it wasn’t surprising that the fear-mongering had worked, but warned the middle class could not simply shut out those less fortunate and expect society to function.

“We’re on the path back to times when it wasn’t achievement that mattered, but where you came from. But whoever puts up walls and guards to protect themselves from the rabble will soon need to do just that.”

A commentary in Munich’s centre-left daily Süddeutsche Zeitung focused on the growing importance of referenda in Germany.

Calling the recent votes for a smoking ban in Bavaria and against Hamburg’s school reform a type of “citizen militia,” the paper said the times when Germany’s politicians could dictate policy from upon high were over.

“A referendum certainly isn’t a magic potion that can simply be poured into a democracy – it’s more like medication. And medicine can have side-effects,” Süddeutsche wrote. “One has to be aware of the symptoms and pick the proper dosage.”

“All members of the city parliament have been exposed as alienated through the vote and from their constituents. All parties in parliament were in unusual agreement in favour of the school reform that failed by a majority in yesterday’s vote.”

“Apparently the parliamentarians no longer represent the votes and attitudes of their constituents. A city parliament that does not reflect the will of the citizenry in central community questions has forfeited its democratic legitimacy. Therefore the citizens must be asked again who should lead this city, and with what ideas and projects.”

Centrist Berlin paper Der Tagesspiegel said that while the weekend’s events in Hamburg were the result of local circumstances, they would have nationwide impact.

While the referendum issue was education, the disconnect between outgoing Hamburg Mayor Ole von Beust’s coalition and the voters and his unwillingness to take on responsibility was a broader echo of situations happening in state parliaments across the nation, the paper said.

“Ole von Beust’s job fatigue finds its analogue in other state parliaments – the announcement of Roland Koch’s resignation is an example here – and also in the federal government, as the resignation of President Horst Köhler shows,” the paper went on.

Beust, who resigned just hours before the referendum result was announced, did not take a consistent political position, the paper alleged.

“The disquiet and unhappiness of the voters is a result of this in Hamburg, but also in the rest of the republic,” it concluded.

Left-wing daily Tageszeitung said that Beust had a double mission during his time as mayor – to open his conservative Christian Democrats to cooperation with the Greens and to encourage the modernisation of the CDU’s education policy.

“Both missions culminated in a symbol – the fight for the six-year primary school,” the paper said, adding that the struggle was over before the referendum results had even been tallied.

“Because in Hamburg referendums are binding. The power is therefore transferred to the citizens, the mayor from politician to executive organ. Thus it was consistent to step down on the day of the referendum.”

Beust’s decision, the latest in a string of high-ranking CDU resignations, will resonate on a national level, the paper said.

“No doubt, the CDU is disintegrating,” it added, saying that many would blame party leader and Chancellor Angela Merkel in the end.