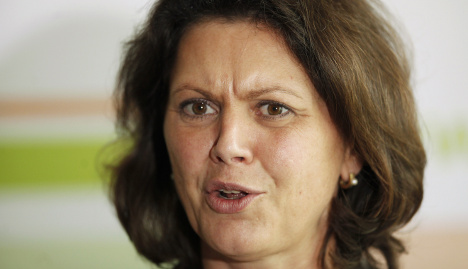 “Such rules can only come from the Internet community. It would be good if users themselves made suggestions. We could base them on social networks that already have a ‘netiquette’.

“The Internet could become the pillory of the 21st century. The trend is worrying,” added the minister.

Last month, Aigner, a member of Chancellor Angela Merkel’s conservatives, said she would remove her page from Facebook after failing to receive assurances from the US firm that her private data were secure.

“Anyone who visits a social networking site should know that it’s a business model. The service is not free. We users pay for it with our private data,” Aigner said.

She launched another broadside at Facebook, saying she had become a member of other social sites with better privacy controls.

With these sites, “I can decide to open doors and windows and I can better control what personal information I share with others,” she said.

“On Facebook, the reverse is true: I have to go through the cumbersome process of changing my security setting to close these doors and windows and protect my privacy.

“Facebook boss Mark Zuckerberg has indicated that in principle, he does not want to change anything. In contrast, his firm wants to use members’ private profiles for commercial purposes,” the minister added.

Partly for historical reasons, Germany is particularly sensitive about privacy issues, with campaigners bristling at plans by US Internet giant Google to launch its “Street View” service in Germany later this year.

Officials and campaigners in Germany called the service an invasion of privacy and a potential security risk.