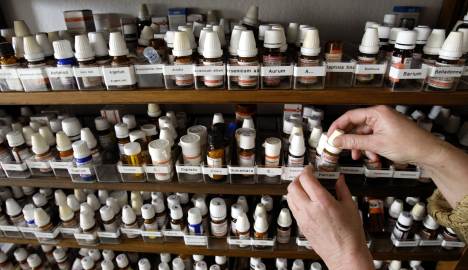 Lauterbach criticized the reimbursement of homeopathic treatments by insurers, practiced by more than half of Germany’s state health funds. “Many patients believe that insurers only pay for things that are proven to help,” he told the magazine. “So health insurers are dignifying homeopathics through their actions.”

According to Spiegel, Rainer Hess of the Federal Joint Committee for doctors and insurers also characterized the current situation as “extremely unsatisfactory.”

“There have already been many attempts to drop protective provisions on such remedies, but influential politicians have consistently prevented this from happening,” Hess said, adding that despite hundreds of medical studies failing to clearly prove the benefits of homeopathics, insurers are still made to pay for them.

Jürgen Windeler, who will assume leadership of Germany’s medicines assessment body in September, told the magazine that the dearth of proof surrounding homeopathics’ effectiveness was well-documented enough to “not require further research.”

“That point is settled,” he said.

In May, the British Medical Association supported the withdrawal of funding for homeopathy within the National Health Service (NHS).