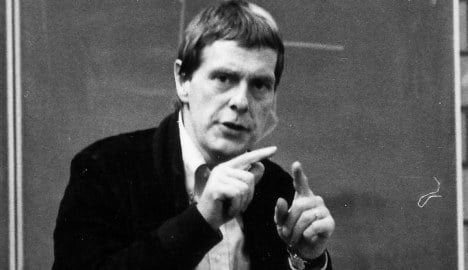 Becker faced allegations involving the abuse of 17 male students at the school. He died following a long illness, just before the start of celebrations to mark the school’s 100th anniversary over the weekend. He was 73.

A public hearing to address incidents of abuse at the Odenwaldschule had been scheduled for Friday evening.

“We are very sorry that Mr. Becker died so early and didn’t have more time to answer pressing questions,” said Johannes von Dohnanyi, spokesman for the school’s board. Becker’s death dashes victims’ hopes for a “true apology.”

Incidents of abuse at the school in southern Hesse reportedly occurred between 1966 through to the 1990s and involved at least 50 victims. Becker was head of the Odenwaldschule from 1972 to 1985 and has partially admitted his wrongdoing.

In March, two weeks after the scandal was made public, Becker gave in to pressure from former students and wrote a letter of apology to the victims.

“Students whom I sexually harassed or harmed through my advances or actions during the years I was a staff member and head of the Odenwaldschule should know: I deeply regret it, and I apologize,” Becker wrote.

The statute of limitations regarding abuses at the school has long since expired, but the work to clarify the incidents continues.

“The Becker era has clearly ended,” Dohnanyi said, but added that efforts to examine the scandal would be pursued “rigorously.”