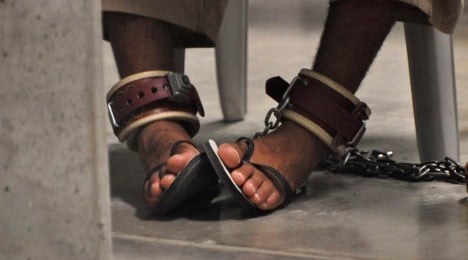 Officials said Chancellor Angela Merkel’s administration and German state governments, whose co-operation was needed in settling the men from the US prison camp in Cuba, had cleared the impasse. The decision brings to an end a months-long struggle with Washington over the issue.

The prisoners will be settled in Hamburg and the state of Rhineland-Palatinate.

De Maizière said they would strictly be the last prisoners from the notorious US prison for global terrorism suspects that Germany would accept.

“Further requests will be declined,” he said.

De Maizière said the United States had originally asked Germany to take three cleared prisoners from Palestine and Syria. But after “intensive checking,” only two of the prisoners satisfied Germany’s demand that they pose no risk.

US President Barack Obama pledged to shut down the disputed US military prison in southeastern Cuba after it became a symbol, in many people’s minds, of excesses in the “war on terror” under former US President George W. Bush.

Washington asked allies to help resettle prisoners who have been cleared of all charges but cannot return home, often over fears they may be tortured.

According to US government figures from early May, 181 prisoners remain there including dozens already cleared for release. Most have been held without charge or trial.

Germany has previously accepted one other Guantanamo prisoner, Murat Kurnaz, in 2006 because he was a long-time German resident. But it has rejected a US call to accept Chinese Uighur detainees.

And Germany last year refused a request to take in two ex-detainees, arguing that Washington had failed to provide sufficient information on any threat they might pose.