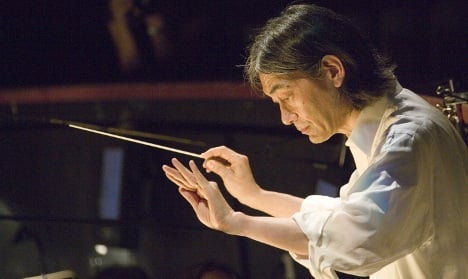 The California-born artist has led the Bayerische Staatsoper, in addition to the Montreal Symphony Orchestra, since September 2006. But after his contract runs out in 2013, Nagano will leave Munich, he said in a statement.

“Because of cultural policy developments in the last months in Munich – at the State Theater at Gärtnerplatz and at the Munich Philharmonic – and their results, I have decided not to be available for a contract extension as Music Director of the Bavarian State Opera after the summer of 2013,” he said.

Speculation about the famous conductor’s future began several weeks ago, when rumours surfaced that the city’s culture and education minister Wolfgang Heubisch was against keeping the 58-year-old at the opera.

Nagano said he had revealed his decision to prevent “speculation and friction” that would “damage all those involved and be unjust to the noble, singular tradition of the Bavarian State Opera, and the reputation of Munich and its residents.”

The conductor also expressed that he had enjoyed his time in Munich and was thankful for his colleagues who had allowed him to “grow as an artist.”

A spokesperson for the opera declined to comment on the statement, but politicians criticised the city’s cultural policy makers for driving the popular conductor away.

“What Nagano writes is a critique on cultural politic unlike any other I’ve heard from a creative artist,“ Social Democratic state expert on cultural policy Isabell Zacharias said, accusing Heubisch, a Free Democrat, of failing his duties.

Nagano is the third cultural heavyweight to resign from a cultural leadership position in just a few months. Director of the Haus der Kunst art museum Chris Dercon and artistic director of the State Theatre at Gärtnerplatz Ulrich Peters, also recently stepped down.

The exodus was a sign Heubisch had not worked to ensure that “these stars stay here,“ Zacharias said.

It remains unclear who may replace Nagano.

According to Nagano’s agency, he is renowned for his musical interpretations and has become a “prominent figure in a new wave of artistic thinking in Germany,” known for confrontational programming.