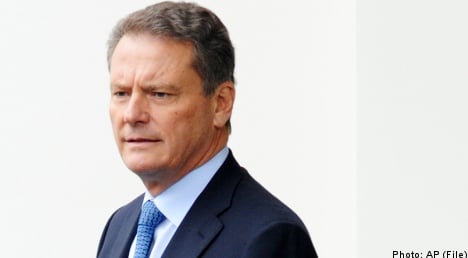 Leading shareholders castigated Svanberg for displaying a lack of leadership

throughout the crisis and for failing to give his full backing to chief executive Tony Hayward. While Hayward enjoys more support among top shareholders, he too is likely to be replaced once the worst of the crisis has subsided, the newspaper reports.

Svanberg made international headlines in mid-June after comments in a White House press conference were interpreted as patronizing towards the people immediately affected by the catastrophe.

The comments were cited all over the US media as indication of a patronizing attitude towards all of the small business owners and fisherman whose livelihoods were hit by the Mexican Gulf oil spill.

BP was later keen to stress that English was not Svanberg’s first language and that the true meaning of his choice of words had been lost in the translation. The Swede later apologised for the use of the phrase which he conceded was clumsy. 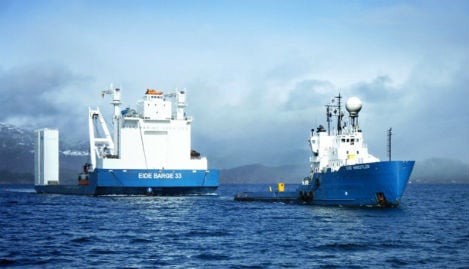 Eide Barge 33 is unmanned and normally towed by a tug. Photo: Eide Marine
The 110m-long barge, owned by the company Eide Marine, careered past BP’s Valhall oil platform at just past midday on Thursday, narrowly missing causing a potentially catastrophic oil platform disaster.
“It’ll be a much better New Year’s Eve now than I had feared,” BP spokesman Jan Erik Geirmo told VG newspaper after the near-miss. “It’s been nerve-wracking, so we are relieved.”
BP evacuated the 85-strong skeleton staff it had left on the platform by helicopter on Thursday morning, shutting down all production, after efforts to bring the barge under control failed, leaving it on course to hit the platform. It had already evacuated 150 staff on Wednesday night.
“At 12:24 hours, we got the message that the barge had passed clear of the platform at a distance of about 1 nautical mile,” Anders Bang-Andersen, press office for Norway's southern Joint Rescue Coordination Centre told NTB. “The danger is thus over, for there is no other platforms in the immediate drift trajectory.”
Rigs for ConocoPhillips’ Ekofisk field, just north of Valhall and the next closest to the barge, are not at risk unless a change in weather conditions alters the barge's course, but the company has nonetheless evacuated 145 staff from its Eldfish platform.
“We are monitoring the situation and we have the resources at Ekofisk to do what is necessary if the barge comes close to our platforms,” Tore Falck, ConocoPhillips’ press officer, told VG.
According to Norway’s state broadcaster NRK, Eide Marine currently has three boats close to the barge attempting to bring it under control.
“We are discussing whether to try and get a grip on the tow rope whichh has broken, or whether to use special harpoons that they can shoot through the hull,” Ben Vikøren, from the Joint Rescue Coordination Centre, told NTB.
On Thursday afternoon, Henning Bruvik, the Captain of COSL Innovator, which was badly damaged when it was hit by a giant wave on Wednesday evening, told NRK that there was little he could have done to prepare for it.
“No one ever really knows when you might be hit. The sea is capricious,” he said. “We have been out in such weather before. No one could have expected such an event, even in the weather we had at that time.”
Jørgen Arnesen, the chief executive of the rig’s owner COSL, estimated that the freak wave which swept over the rig must have been at least 20m high.
SHOW COMMENTS
Url copied to clipboard!