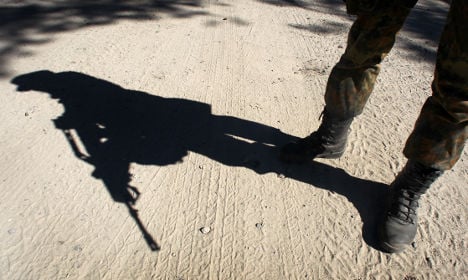 After a recent ceremony for some 20 soldiers at the Clausewitz barracks in Saxony-Anhalt, their commander decided to have their faces rendered unrecognisable for local press photos, daily Mitteldeutsche Zeitung reported.

He justified the decision by saying that otherwise their homes would be broken into and their families would receive anonymous calls claiming that their soldier had fallen in Afghanistan.

“Such things do happen,” parliamentary commissioner for the Bundeswehr Hellmut Königshaus told the paper, referring to “anti-militarists” with a targeted plan for creating uncertainty in the ranks and playing with the emotions of their families.

Some of these people are known to organise parties to celebrate the deaths of soldiers, he said.

A Defence Ministry spokesperson confirmed with the paper that such incidents are becoming more frequent, saying that some soldiers and family members had even been accosted. The Bundeswehr has therefore chosen to protect the anonymity of soldiers serving abroad, giving only their first names and blurring their faces in any public document.