“The key issue that we have to look at is if it is really worthwhile spending these vast sums of tax revenues. It is money which could have been used for other healthcare,” Göran Stiernstedt at SKL told the Svenska Dagbladet (SvD) daily.

SKL has calculated the total cost of the swine flu vaccination programme and identified the purchase of vaccines as the largest cost, amounting to 870 million kronor.

“It would have been even worse had we not been able to renegotiate the vaccine agreement and cut costs by almost 300 million,” he said.

When the swine flu outbreak was declared a pandemic on June 11th 2009, Sweden elected to offer vaccinations to the entire population, one of the few countries to do so, according to SvD.

Sweden had already ordered 18 million doses after the previous avian flu outbreak and when symptoms of the swine flu began to emerge in September around 5.5 million people were vaccinated in a mass programme that was accompanied by massive media coverage.

The Local reported in May 2010 that Sweden was able to cut the final bill by 300 million kronor after the vaccine’s manufacturer Glaxo Smith Kline (GSK) agreed to cut the number of supplied doses by 25 percent from 18 to 13.5 million doses.

Despite the agreement Sweden still now has some 6.5 million doses, worth 400 million kronor, that now risk becoming useless and SKL has called for an in depth examination of Sweden’s management of the pandemic.

After the initial wave of infections in August and September, few cases were reported in Sweden after November. A total of 11,000 registered cases of swine flu were reported with 29 deaths. 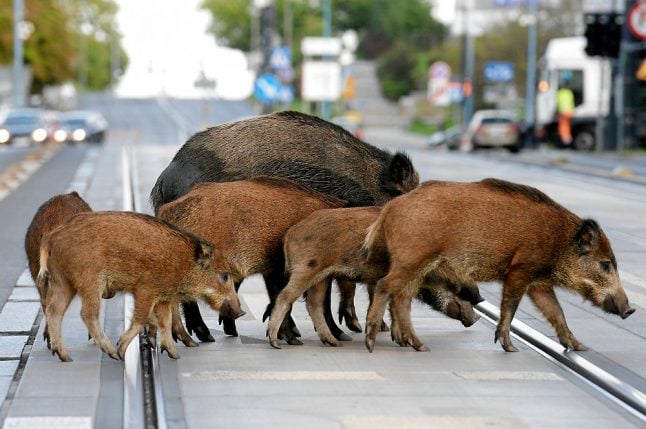 A number of wild animals have become unintended casualties after becoming stuck on the fence. A new type of wire mesh will be installed to prevent future occurrences, Jyllands-Posten reports.

The section of fencing to be replaced is 2.5 kilometres long, the newspaper writes.

While the new fencing must continue to keep wild boar out of Denmark, it must also ensure that other animals such as deer do not stuck on the fence and netting, which can result in a slow and painful death.

The Danish Nature Agency (Naturstyrelsen) is responsible for the purchase of the new fencing. An initial 600 metres will initially be installed near the Frøslev Mose nature area, where the number of animals is highest, environment minister Lea Wermelin said in a parliamentary committee response.

The remaining 1,900 meters of new fence will be stored and can be added to other stretches in consultation with local citizens and hunters, Jyllands-Posten writes.

The overall aim of the measure is to allow “legal” animals to pass while continuing to block the path of wild boar.

“Compared to other fencing systems across Denmark, that's not so bad at all,” Rasmussen said, while also recognizing the need to prevent more deaths.

“It is a disaster for the individual animal. And none of us think it’s not terrible to see the pictures of animals hanging in that way,” he said.

The 70-kilometre fence was erected last year as a measure against the spread of swine flu, at a cost of 45 million kroner, less than initially projected. The update is expected to cost 200,000 kroner.