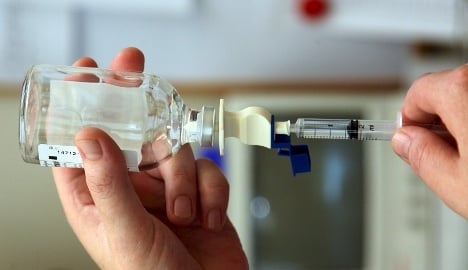 Rory and Stuart Gray challenged Dr. Daniel Ubani at the cosmetic surgery conference in Lindau, Germany on Saturday, demanding to know why he was still allowed to practice medicine in his home country, British daily the Guardian reported.

Police are now investigating the brothers for causing “a disturbance” at the conference.

The incident occurred on the same day the Ubani was struck from the British medical register over the death of their 70-year-old father David Gray in Manea, Cambridgeshire, the paper said.

Ubani injected Gray with 100 milligrammes of diamorphine – 10 times the recommended daily dose – while working on his first out-of-hours shift as an overseas locum doctor in Britain. Locums are typically used to provide care when a regular family doctor is unavailable, for example at night or on the weekend.

British prosecutors had planned to bring Ubani to trial for possible manslaughter charges on a European arrest warrant, but German authorities in Bochum instead convicted him of death by negligence, the paper said. He was handed a nine-month suspended sentence and required to pay €5,000 in court fees without ever appearing in court.

But Rory Gray, a satellite engineer for the European Space Agency who lives in Germany, and his brother Stuart, a doctor in West Midlands, purchased tickets to the Third International Congress of Aesthetic Surgery and Cosmetic Dental Medicine for a presentation by Ubani, the Guardian reported.

With flyers detailing the coroner’s assessment of Ubani’s “incompetent” treatment of their father, they confronted the doctor in front of the crowd, a journalist present at the event told the paper.

“I don’t think this is necessary,” Ubani responded, according to the paper. “We did not come here for this. This case was handled in Germany.”

German police confirmed there had been an incident, but said the two brothers had not been arrested, though they were held until bail was posted.

“The organiser of the conference is pressing charges for disturbing the peace,” a police statement said. “Security was increased following the incident. The men were held until their identities could be established, and they were ordered to pay costs there and then because they are not resident in the UK.”