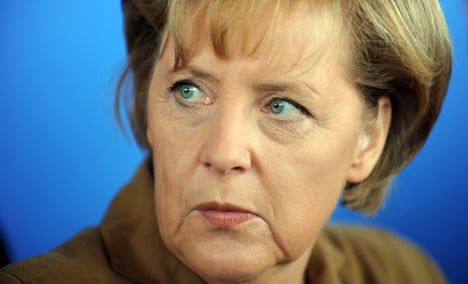 The Forsa survey commissioned by Stern magazine showed 20 percent of those polled want Merkel to throw in the towel following a torrid eight months since winning a second term in September at the head of a centre-right coalition.

A separate poll for ARD public television showed that only 12 percent of Germans were satisfied with the centre-right government’s performance, versus 86 percent who said they were fed up with the administration.

The conservative Merkel has been pilloried for her handling of the eurozone debt crisis and for squabbling in her new coalition with the pro-business Free Democrats (FDP).

She has also come under fire for more than €80 billion worth of spending cuts unveiled last week that cut social benefits but did not raise taxes for top earners, prompting angry street protests last Saturday.

According to the ARD survey, Merkel’s personal popularity hit a record low since she became chancellor nearly five years ago, with only 40 percent supporting her.

Another ARD poll on Sunday showed 53 percent of voters believing that the coalition will not serve out its full four-year term.

Commentators believe Merkel faces a make-or-break moment on June 30 when a special assembly elects a new president to replace Horst Köhler, the Merkel ally who abruptly resigned on May 31.

Gauck is also more popular than Wulff, 50, among the German public, surveys have shown, and the self-effacing 70-year-old, the candidate of the Social Democrats (SPD) and the Greens, has also become something of a media darling.

Forty-seven percent blame the poor performance of the new government on the FDP, whose feisty leader Guido Westerwelle campaigned on a platform of cutting taxes in Europe’s biggest economy, the Forsa poll showed.

Twenty-two percent want Merkel to ditch the FDP and return to the unwieldy old coalition of her first term with the centre-left SPD.

The Forsa poll was conducted Thursday and Friday among a representative sample of 1,000 registered voters.

The ARD survey was conducted Monday and Tuesday among 1,000 voters.