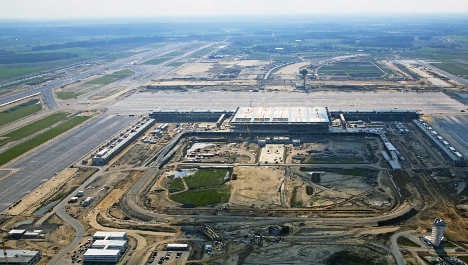 Daily papers Der Tagesspiegel and Berliner Zeitung wrote on Saturday that the airport company had presented a new concept to the project committee overseeing the extension on Friday. This foresaw an opening date up to nine months later than the planned date of October 30, 2011.

It is thought that getting everything done by then would require such an acceleration of construction work that the costs would be unsustainable.

Now the project committee are said to be considering a number of options, which would result in the extension being finished in between six and nine months later than planned – at different costs. A decision is expected to be made by June 25, when a new opening date would be announced.

A number of problems have hit the huge expansion of Schönefeld, including the financial collapse of a planning company working on the project and the introduction of new European Union safety standards.

Berlin Mayor Klaus Wowereit admitted to a meeting of the trade and industry association that although efforts were being made to meet the original deadline, it was ‘not a fetish.’

The plan is that once Schönefeld is reopened as Willy Brandt International Airport, the northerly Tegel Airport will be closed, leaving the capital just with one airport.

AIRPORT
IN PICTURES: 11 photos that tell the story of Stockholm’s Bromma Airport
Url copied to clipboard!