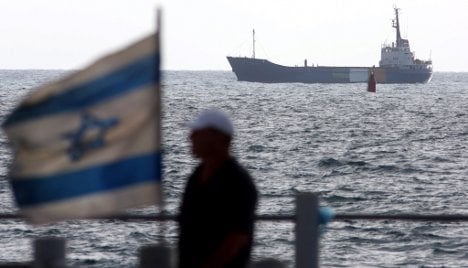 “The list of passengers has not been drawn up yet but we have a lot of requests from around the world,” said Edith Lutz, who is preparing the journey for the German chapter of European Jews for a Just Peace.

Lutz told Deutschlandfunk public radio that the group had collected donations for children in Gaza including binders with educational materials, games, clothing and musical instruments.

The Israeli raid on May 31 on a Gaza-bound activist aid flotilla, during which nine Turkish activists were shot dead, meant that: “Our ship is more urgent than ever,” she said.

“We are going to go there and try to convince Israel that our ship is harmless,” she said. “If Israel blocks the way, we will turn around. But we will return after that.”

She said that the group was seeking official approval.

“We are in contact with the Israeli government and the embassy in Berlin. We informed them a while ago,” Lutz said. She said the embassy had said it would not help the organisation but that discussions were continuing.

The project has received several letters of support from Israelis, Lutz said, and a few Israelis may join the group on board, along with political figures and some non-Jews.

Israel said Thursday it would not lift its blockade of the Gaza Strip unless Hamas, which controls the Palestinian territory, allows the Red Cross to visit a soldier captured in 2006. The Islamist movement rejected the demand.

Germany has been working behind the scenes for years to try to negotiate the release of the soldier, Gilad Shalit.