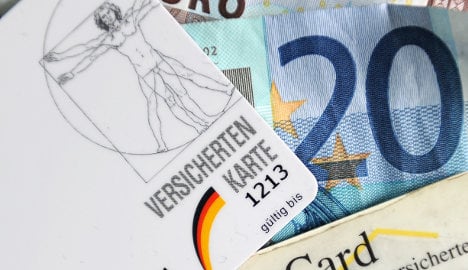 The Bavarian conservatives, the Christian Social Union, have ruled out the plan, with Social Affairs Minister Markus Söder saying they would not negotiate on the plan, according to daily Frankfurter Allgemeine Zeitung.

The deputy leader of the CSU’s parliamentary group, Johannes Singhammer, said he could “not recommend an acceptance of the model” being proposed by Rösler.

Under Rösler’s so-called Kopfpauschale model, the present system whereby workers’ health insurance premiums total about 14 percent of their salary – with the worker and the employer each paying half – would be supplemented by a flat fee of €30 for everyone.

However that flat €30 would mean the percentage of their salary paid by the worker could be dropped slightly. Low income earners’ contribution could be dropped as low as 5 percent. The nation’s employers, meanwhile, would be burdened with as much as €3 billion extra in health insurance contributions.

He said they discussed how to avoid a looming deficit for Germany’s public health insurers of about €11 billion over the next year, and that new suggestions would have to be made before parliament breaks for its summer recess.

The leadership group wanted to meet the core principles of making savings, locking in the employers’ contribution at the present level of about 7 percent and “further development” of an additional contribution – meaning Rösler’s proposals would need to be reworked.

After a meeting of coalition health policy makers, including Söder and Rösler, it was agreed that €4 billion should be saved over the next year. That meant freezing the rate of payments to doctors and hospitals.