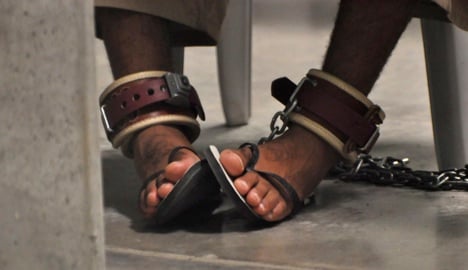 The United States has most recently asked Germany to take in three detainees, reportedly a Syrian, a Palestinian and a Jordanian. It was not clear from the report how many detainees Merkel would be willing to accept.

De Maiziere along with local officials in Hamburg and the Brandenburg region have been looking at ways to facilitate detainees’ return to normal life, including helping them find jobs and housing, Focus reported.

There are also concerns about their psychological state following years of detention. Several regional officials in Germany have opposed welcoming former Guantanamo detainees as long as the United States refused to allow them on its territory, the magazine said.

Germany last year refused a request to take in two ex-detainees after having already rejected a proposal to accept Chinese Uighur prisoners.

US President Barack Obama had promised to close the prison in Cuba by January, but failed to meet the deadline, partly due to resistance in Congress over transferring some of the inmates to US soil.

Washington has asked allies to help resettle prisoners who have been cleared of all charges but cannot return home, often over fears they may be tortured.

On Saturday, the Washington Post, citing a previously undisclosed

government document, reported that most detainees held at the US naval base

Only about 10 percent of the 240 detainees held at Guantanamo when Obama took office in January 2009 were “leaders, operatives and facilitators involved in plots against the United States,” the paper reported. At the start of May, 181 detainees remained in the prison.