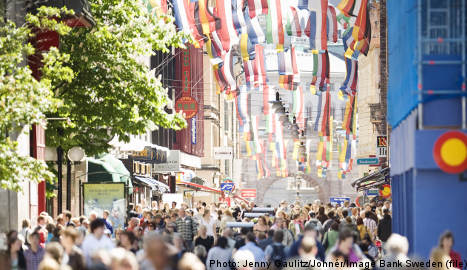 “The biggest party the city has ever organized” is how officials are describing Love Stockholm 2010, a series of events taking place ahead of the nuptials on June 19th.

More than 1,500 activities will take place over the two-week festival. Most of the events are linked to the themes of love or royalty. They include boule brunches for singles, an exhibition of love-related flowers and a chance for children to learn about princes and princesses at Skansen.

The festivities begin on June 6th on National Day and culminate on June 19th, the royal wedding day. Stages will be erected at Kungsträgården, Skeppsbron and Strömparterren, in addition to events in other parts of the city.

“We want to show both Stockholmers and all of our visitors and TV spectators what a fantastic city Stockholm is,” said Berit Svedberg, the city’s cultural director, who is also in charge of the festivities.

Each Stockholmer will contribute about 4 kronor to the love festival. Most of the city’s festivities will be paid through sponsorship revenues. Organizers hope that the publicity will pay off. Around 3,000 journalists are expected to cover the celebrations.

“Exposure is extremely valuable to us if we attract more tourists, investment and people who want to stay here,” said Olle Zetterberg, CEO of Stockholm Business Region. 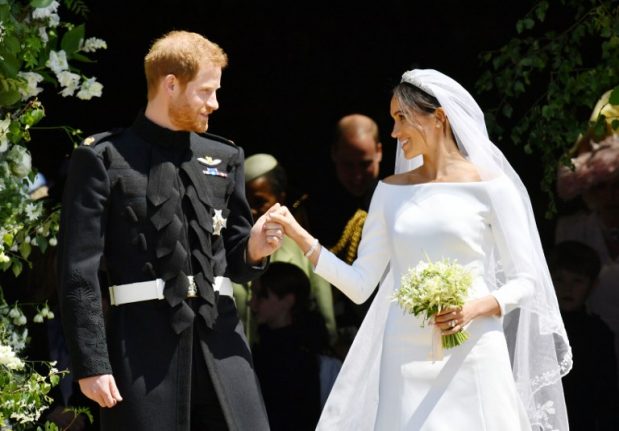 In a marquee on the lawn bedecked in Union Jack bunting with the smiling faces of the Prince and Meghan, the guests watched the wedding of the year on big screens live from Windsor. Traditional fare that included smoked salmon sandwiches, English cheddar on a stick and scones were accompanied by glasses of fizz, pints of English ale and G and T. Scones with jam and cream were just one of the treats on offer. Photo: Fiona Govan/The Local

The Embassy said it was “inspired by the Royal couple’s desire for the day to reflect their characters and values, and their invitation to those from around the UK linked to their charitable work” to invite those who have made an outstanding contribution to their local communities from across Spain. Among those acknowledged with a diploma for their invaluable work were voluntary organisations dedicated to the welfare of British expats in Spain such as Cancer Support Mallorca, the University of the Third Age U3A and the Samaritans in Spain. Ambassador Simon Manley posing with some of those awarded recognition for their work in Spain. Photo: British Embassy Individuals who work hard for expats were also recognised. Moira Hillen, a town hall councillor who has fought tirelessly for expat property rights in the Almanzora valley was recognised. So too was Ali Meehan, founder of Costa Women.

The Local Spain was one of several English language news outlets to be honoured with the award.

The awards were presented ahead of the start of the wedding in Windsor by Charmaine Arboui, the Consul in Malaga.

Guests were then treated to a beautiful rendition of God Save The Queen, by the Ambassador’s youngest daughter Natasha.

School children at British schools across Spain had sent in messages congratulating Prince Harry and Meghan Markle and they were displayed on a board at the entrance to the marquee. After watching the nuptials broadcast live on big screens in the marquee and in the cooler interior of the residence, a delicious lemon cake was cut by the Ambassador and his wife. “This wonderful event today illustrates the enormous breadth and depth of the contributions made by British people working with our local partners in almost every corner of Spain,” said Manley. The British Ambassador giving a speech during the event at the Residence in Madrid. Photo: British Embassy

“It has been an honour to meet such a huge range of inspirational people today, and celebrate this Royal wedding together”, the ambassador said.