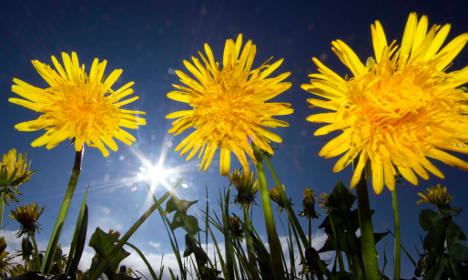 Around 8:10 am on Monday, a local bus driver called emergency services after witnessing a man force a boy into his car in the town of Hittfeld, just south of Hamburg.

But as officers were beginning to start a manhunt for kidnapping, the Porsche driver arrived at the station with a “totally terrified” eight-year-old boy, police spokesman Jan Krüger said in a statement.

The man had reportedly been driving down the street when the boy and another eight-year-old friend threw dandelions at his fancy car.

“Out of rage over this ‘dangerous joke’ the man quickly stopped and dragged one of the boys in his car to bring him to the police,” Krüger said. “He only realised later just how badly he scared both eight-year-olds.”

Both children were “somewhat” comforted by their parents at the station, he added.

Krüger also commended the 50-year-old bus driver for her quick reaction to the incident, saying it would have been vital in the case of real kidnapping.