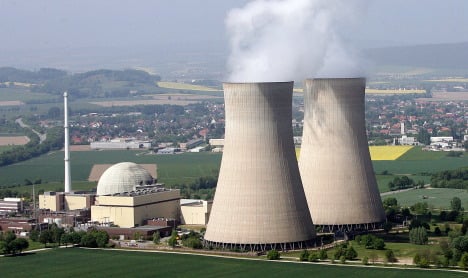 “Regarding the extension of run times, we’ll have a constitutional law that does not require [Bundesrat] consent,” Chancellery Chief of Staff Ronald Pofalla, a member of Merkel’s conservatives, told the WAZ newspaper group on Saturday.

The announcement comes after a devastating electoral defeat for her Christian Democrats and their junior coalition partners the pro-business Free Democrats last weekend in North-Rhine Westphalia, Germany’s most populous state. As a result, the parties in Merkel’s governing coalition have lost their majority in the Bundesrat, the parliamentary chamber where the German states are represented.

“Instead of legal trickery, the government should finally realize: There’s neither a public nor a Bundesrat majority that supports more nuclear waste and the higher risks posed by old nuclear reactors,” he said Saturday in a party statement.

The atomic power debate has been reignited in recent months; the country’s biggest anti-nuclear demonstration in years took place on April 24. Some 120,000 people joined a 120-kilometre human chain between nuclear power stations Krümmel in Schleswig-Holstein and Brünsbuttel in Hamburg to protest the government’s policy on atomic power stations.

Pofalla’s statement puts Merkel’s chancellery at odds with Environment Minister Norbert Röttgen, who had been operating under the assumption that the Bundesrat decides the atomic power debate.

A publication released in late April by the German parliament’s scientific service seemed to support that point: “The continued operation of atomic power for civilian purposes depends on the decision of the Bundesrat,” the paper read.

The German government plans to finalize its energy agenda through 2050 in October, which will involve examining how long individual reactors can remain online. Current law stipulates that plants must be shut down after they have provided 32 years of service, which would put the final closure of the country’s reactors at around 2022.