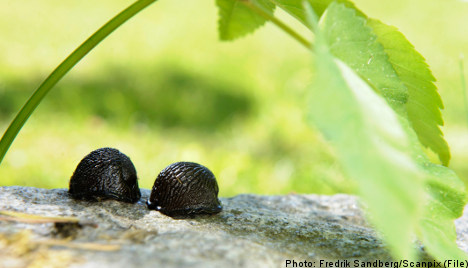 Alingsås district court said the man had engaged in a form of “adult bullying” when he emptied his sack of slugs. The 59-year-old was ordered to pay almost 15,000 kronor ($2,000) in fines and damages.

The woman whose garden was infested with the destructive Spanish slugs had previously taken out a restraining order against her neighbour, local newspaper Alingsås Tidning reports. The man had taken to following her around and had on one occasion thrown a firecracker into her garden.

The 59-year-old denied behaving badly towards the woman or throwing anything onto her property. But his testimony was contradicted by witnesses who reported often having seen him hanging around outside the woman’s house.