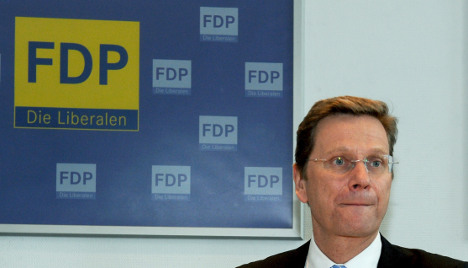 The FDP reached its fourth consecutive low for the year, garnering just 7 percent of the nation’s support, according to a poll conducted by social research group Forsa for news magazine Stern.

After the defeat in Germany’s most populous state, which stripped Merkel’s coalition of a majority in the upper house of parliament, she was forced to announce on Monday that that tax cuts pushed by her coalition allies would be delayed until at least 2013. The FDP had pressed Merkel to slash taxes even though many Germans are sceptical of such proposals in light of the country’s dire public finances.

The environmentalist Green party also lost one point, but remained relatively strong with 15 percent approval from the 2,503 representative Germans polled across the country between May 2 and 7.

The results mean that the current government coalition has the support of 42 percent of voters, nine percentage points below the group of opposition parties. The opposition lead in the North Rhine-Westphalia election on Sunday exceeded this with 11 points.