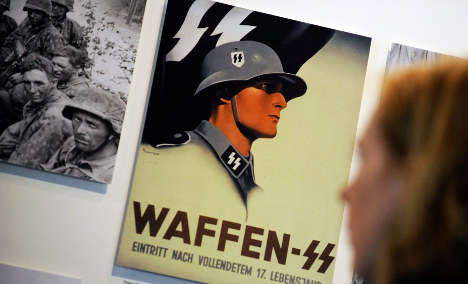 The “Topography of Terror,” built atop the headquarters of notorious organisations such as the SS and Gestapo secret police, explores some of the most heinous crimes of the Third Reich.

Almost nothing remains of the original buildings where the Nazi terror apparatus brutally tortured more than 15,000 political dissidents and prisoners of war, and key elements of the “final solution” were planned between 1933 to 1945.

“The site has been called an open wound in the city,” foundation director and Rabbi Andreas Nachama told a press conference on Thursday, referring not only to its past, but the long delays and bloated budget of €37 million that accompanied the museum’s slow progress.

Bombed by Allied Forces and then demolished in the 1950s, the site – which also happens to be flanked by remnants of the Berlin Wall – was given over to industrial use until 1987 when the city opened a makeshift exhibition area.

Click here for a gallery of the new museum.

In 2004, Berlin decided to revamp and create a museum that “did justice” to the history, said Enak Ferlemann, parliamentary liaison for traffic and urban development. But two competitions for a building design failed before architect Ursula Wilms got the contract in 2006.

The result is a spare cement, glass and steel construction surrounded by a lot covered in grey rocks that are interrupted only by paths to the few remnants of the original buildings.

“Daylight plays a big role, even though it’s not necessarily ideal for exhibitions,” Wilms said of the interior.

Ferlemann described the building as “transparent and objectively reserved,” a space meant to reflect the way Germany has chosen to address its horrific past.

But the museum is not a memorial to victims, rather a “place of perpetrators,” that is meant to focus on their crimes, according to director Nachama.

“We tried to avoid sensationalism,” he added, explaining that too many gruesome photographs can become overwhelming for visitors.

Though relatively small for a Berlin museum, curators managed to pack the 800-square-metre space with enough information to fill up an entire afternoon – and that’s before taking the 15-station audio tour of the outdoor area.

The indoor exhibition includes historic documents, newspaper clippings, propaganda, and photos accompanied explanatory text in both German and English, in addition to multimedia stations. Different sections detail the terrors dealt out by the Nazi terror machine in different parts of Europe.

Downstairs there is a public library with more than 26,000 works, some 20 percent of which are in English.

“Today it is more important than ever to make it clear that democracy, freedom, and our basic rights cannot be taken for granted,” Berlin Mayor Klaus Wowereit said. “They must be lived out and defended each day.”

Against the background of last weekend, when Berliners blocked a planned neo-Nazi march through the city’s Prenzlauer Berg district, Wowereit emphasised that the “Nazi problem” and those who “have learned nothing from history” remain a threat.

“Therefore we vow to engage in an active commemoration and remembrance,” he said.

Admission to the museum is free. It is open daily from 10 am – 8 pm beginning on May 8.