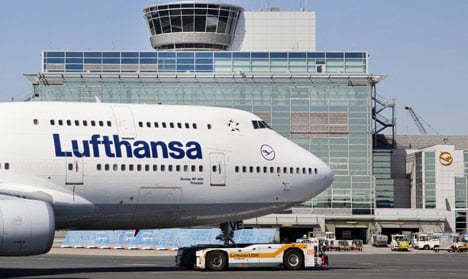 “The executive board of Lufthansa expects a rise in revenue and a positive operating result for the group,” finance director Stephan Gemkow said in a statement that hailed stronger demand within the ailing air traffic sector.

Gemkow added however that “a recovery in demand is not enough to secure a good result, cost efficiency and increasing revenues even further are also absolute musts.”

The result was also worse than a loss of €267 million recorded by the carrier in the first quarter of 2009.

Europe’s biggest airline by number of passengers said that integrating loss-making subsidiaries like BMI and Austria Airlines had hurt its bottom line as well, as did a one-day pilots strike in February.

Overall airline operations posted a loss of €330 million, much worse than a loss of 44 million euros in the year earlier period.

Despite the losses however, passenger and freight operations “were able to significantly improve traffic performance in the traditionally weak first quarter,” the statement said.

Lufthansa sales gained €800 million to €5.8 billion in the three month period. But while that allowed the board to confirm a positive full-year forecast, it was also conditional on flight operations remaining normal in the wake of an historic disruption caused the the Icelandic volcano eruption last month.

Other potentially negative factors included “the development of the oil price and the consolidation of BMI and Austrian Airlines, which will continue to burden the result during the current business year,” the statement said.