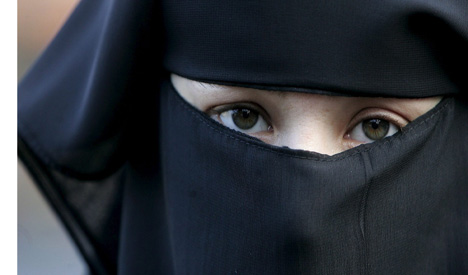 Silvana Koch-Mehrin called the full-body veil an attack on the rights of women in a guest editorial in the Bild am Sonntag newspaper.

“I would like to see all forms of the burka banned in Germany and in all of Europe,” wrote the politician, a member of Germany’s pro-business Free Democratic Party (FDP).

She called the burka a “mobile prison,” saying that those who veil women take away their faces and therefore their personalities.

“The complete veiling of women is a blatant acknowledgement of values that we here in Europe do not share,” she wrote.

She added that while she believed in the freedom of personal and religious expression, “that freedom should not be used to take away the public faces of people, at least not in Europe.”

She said she found it unsettling to come across fully veiled women on the street, since she could not tell what their intentions were.

“I am not afraid, but it does make me anxious,” she wrote.

Her commentary follows the approval by Belgium’s lower house of parliament of a ban on the full-face veil. That decision has unleashed debate throughout Europe.

It could set the stage for similar moves in other countries, as citizens fear that growing Muslim populations may pose a threat to their liberal and secular values. France is already considering similar legislation.

Human rights organisation Amnesty International said on Friday that the ban attempt was an “attack on religious freedom” and set a “dangerous precedent” that could impinge on the basic rights of women.