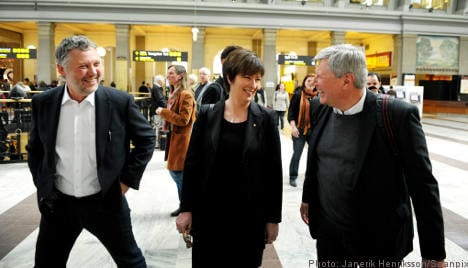 The new single parent schemes are to be spread over two years and form part of the opposition’s shadow spring budget proposal, set to be presented in full on Monday.

The Red-Greens claim a series of “structural reforms” are necessary if Sweden is to close the income gap between the sexes.

“Single women with children are a group in particular need of attention,” according to an opposition statement.

In concrete terms, the Social Democrats, Left Party and Green Party are promising 1.225 billion kronor over two years. This figure is split between three categories: maintenance support, rent allowance, and the provision of childcare services outside of regular working hours.

“As children tend more often live with their mother than their father when a man and a woman separate, a hollowing out of the maintenance support system has primarily affected women,” they write.

The Red-Greens are also vowing to raise housing allowance and access allowance benefits for single parents by 130 kronor per child per month. The proposal would cost an estimated 200 million kronor for each of the next two years.

The three opposition parties have also agreed to set aside 100 million kronor each in 2011 and 2012 for a stimulus package aimed at urging Sweden’s municipalities to provide childcare services outside of regular working hours.

The parties add that they intend to draft new legislation to ensure single parents have access to childcare services at all times.