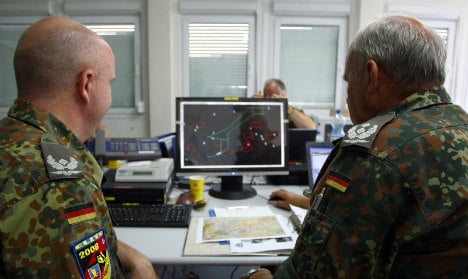 An internal Defence Ministry report obtained by financial daily Handelsblatt reveals that neither project leaders nor users see a good reason for the strategic public-private partnership on the so-called “Herkules” project, the paper said.

The partnership between the two companies and the Bundeswehr was created in 2006 to form the BWI IT GmbH, with the aim of providing some 300,000 new telephones, 140,000 new computers, and a speedy data network to troops by 2010.

But according to the authors of the ministry report, repeated break-downs, malfunctions, and system failures, have led experts to believe the company can’t do the job.

“No one believes that BWI IT is a good industrial partner that is fit or flexible enough to take on the specifics of the field,” the report reads.

Members of military would rather use the Bundeswehr’s ageing IT system instead of the new one, now estimated to have cost well over €7 billion, the paper said.

BWI IT declined to give a statement about the situation, Handelsblatt said.

Serious delays and additional costs have already made Herkules the topic of negative headlines in the last few years. The parliamentary budgetary committee reportedly threatened to cut the contract in recent weeks following reports that BWI IT workers had received generous bonuses despite the company’s failure to deliver, the paper said.