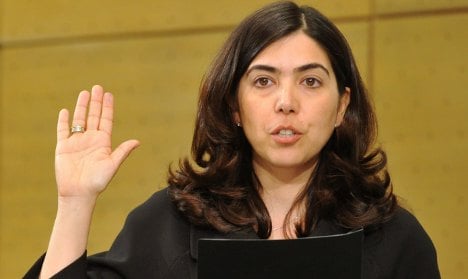 That’s how long it took between the appointment of Aygül Özkan, a Muslim born in Germany to Turkish immigrant parents as the new the social affairs and integration minister of Lower Saxony, and the call by a conservative Bavarian parliamentarian questioning whether she was in the right party.

During that brief period, the Christian Democrats and their Bavarian allies appeared to be a tolerant, modern political party. A party even gays, Muslims, and career women with children could support. A party that could occasionally put ideology aside while searching for fair solutions for the common good. But Germany’s conservatives have now once again embraced the divisive narrow-mindedness of right-wing hard-liners like Roland Koch and Edmund Stoiber.

How did it come to this? Özkan found it hypocritical that despite Germany’s alleged separation of church and state, the country’s schools are allowed to nail crucifixes to their walls. In a matter of hours, her new boss, Lower Saxony’s state premier Christian Wulff, angrily denounced her comments. The state welcomed crucifixes on its school walls but was against Muslim headscarves for teachers. Full stop. Wulff didn’t even feel the need to explain the glaring double standard he was promoting.

Özkan was even forced to repudiate her call to ban Christian symbols from Germany’s public schools.

But that won’t make the crucifix question go away. In 1995, Bavaria’s top court forbid hanging them in classrooms since it went against both religious freedom and the governments supposed neutrality. Last year, the European Court of Human Rights issued a similar ruling on a case in Italy. So why are we even talking about whether or not crucifixes belong in state schools? Or, even better, why hasn’t the CDU considered the possibility that maybe Özkan is right?

No-one would have suggested a CDU minister with German roots should leave the party after such a comment. But the reaction in this case was so hysterical because it was a seemingly fully integrated Muslim who was asking why Islam – a religion followed by millions of German citizens – is clearly discriminated against no matter what the conservatives claim.

Because this is what we’re really talking about here. There are only two rhetorical possibilities for supporting Christian symbols at educational institutions while banning their Islamic counterparts. Either Christianity is seen as worthy of extra support or Islam is seen as a religion that must be kept out of the schools. Both go against Germany’s basic and clear constitutional principle of separating church and state.

Recently, the CDU had made some important strides in the area of religion. Just by uttering the words, “Islam is part of Germany,” at the start of the so-called Islam Conference, then-Interior Minister Wolfgang Schäuble did more for integration than millions of euros ever could. Amid all the (justified) calls for Muslims to respect the constitution and learn German, he created a solid foundation for entering talks with them. He made it clear: We respect your faith.

One of the CDU’s most important roles in German history has been its ability to include conservatives with a tendency toward chauvinism and intolerance in the democratic process. In a time when Islam and Christianity desperately need something in common to prohibit open confrontation, the CDU could once again assume this role. But it’s ignoring it instead.

In its place are populist party politics. That the more liberal conservative Christian Wulff – rather than the reactionary Roland Koch – was the one who came to the defence of Christian symbols is worth nothing, just as much as the silence of the party members who recently showed their more tolerant tendencies. Where is North-Rhine Westphalia’s integration minister Armin Laschet? Where is Wolfgang Schäuble? Not a word.

It’s easy to guess why: no one wants to kick off an internal discussion on such an emotional topic this close to the election in North Rhine-Westphalia. The allegedly tolerant party leadership fears that the bulk of the party isn’t ready to follow just yet.

But there are even tactical arguments in favour of the CDU clarifying its position on Islam. Many Muslims would be classic CDU material. The party would benefit from their conservative leanings, especially when it comes to family and social policy.

Wulff is attempting a precarious balancing act. On the one hand, he wants to reach out to Muslims and Germans with Turkish roots with the appointment of Özkan. But then he leapt at the first opportunity to show the more conservative party members that nothing has changed in the CDU’s chauvinistically Christian world view. He’s going to have to pick a side, however.

When Wolfgang Schäuble announced the Islam Conference, he said intolerant corner pub-style populism shouldn’t be allowed to set the agenda. Instead, he said average Germans often wanted leadership on tricky societal issues. Where is Schäuble now when his party needs him? It seems his conservatives could use a little reminder.

This commentary was published with the kind permission of ZEIT ONLINE, where it originally appeared in German. Translation by The Local.