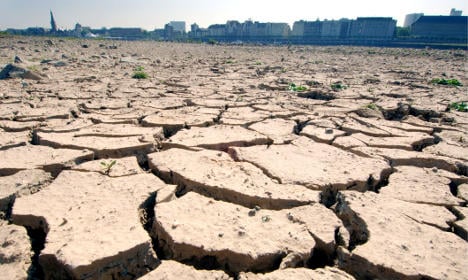 “The history of climate change does not need to be rewritten,” DWD president Wolfgang Kusch said during the organisation’s annual climate conference in Berlin. “Despite its changeable journey, the climate train has a clear destination. It’s going uphill.”

Despite a brutally cold winter, DWD figures showed that the average 2009 temperature of 9.2 degrees Celsius was the 13th warmest since 1881 and 0.9 degrees above the average for the reference period of 1961-1990.

While these figures didn’t break any records, a few years without record-high temperatures do not signal an end to the trend, Kusch said.

“Therefore we must, as before, put all effort into the reduction of greenhouse gasses and even today orient ourselves to the consequences of climate change,” he added.

Kusch also referred to recent criticism about methods by the Intergovernmental Panel on Climate Change (IPCC), saying that while some complaints may be legitimate, mistakes made at the organisation do not call collective scientific data into question.

“Every mistake is one too many and must be corrected,” Kusch said. “But the results of the last IPCC report are still valid – we must act!”

In this spirit, the DWD announced it would increase research efforts in the field at its new Climate Data Centre (CDC). It also planned to add a new “Climate Atlas,” which helps users project climate scenarios for the past, present and future.

On the border to Austria there is a chance that “extremely heavy, continuous rain” will fall on Saturday morning, the meteorologists predicted.

In the northeast of Germany, isolated, heavy thunderstorms are possible. The warnings come after fierce storms hit the Mediterranean and Austria on Friday, causing several deaths.

The German Weather Service (DWD) has issued an extreme weather warning for the south of Bavaria and parts of Baden-Württemberg. On the edge of the Alps, a severe weather warning is in effect until Saturday morning for deluges of up to 140 liters per square metre.

In other parts of Bavaria and the southwest of Baden-Württemberg, 50 to 80 litres per square metre of rain are possible, according to DWD.

The rainfall could lead to the flooding of cellars and streets, high water in streams and rivers, as well as landslides. Residents of the affected regions have been advised to close their windows and doors.

After weeks of drought and severe forest fires, DWD also predicted heavy thunderstorms with heavy rain in the east and northeast for Friday.

Isolated hailstorms and strong gusts of wind could also occur. In the evening, more showers and thunderstorms are expected to move in from the west and northwest.