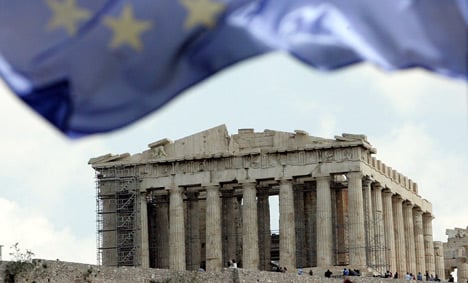 “The fact that neither the European Union nor the German government has taken a decision means: it could be positive or negative,” he told the Bild am Sonntag newspaper.

“It depends alone on whether Greece in the coming years continues along the saving course on which it has embarked. The Greek finance minister said that as well.”

Greece appealed Friday for tens of billions of euros in unprecedented help from the European Union and the International Monetary Fund to grapple with its dire debt crisis.

The EU said it did not see any “obstacles” and would rapidly respond to the request to activate a three-year debt rescue worth up to about €45 billion in the first year at concessionary interest rates of about five percent.

But German Chancellor Angela Merkel drew a line in the sand Friday, saying that aid to Greece was not automatic and depended on a demonstrable threat to eurozone stability and Athens producing a credible austerity plan.

Germany, the biggest economic power in the 16-nation eurozone, would likely be asked to contribute around €8.4 billion to any rescue package, in the form of a loan by the KfW public bank guaranteed by the federal government. Any aid would also require the approval of parliament.

But the issue was already driving a fresh wedge through Merkel’s fractious centre-right coalition, with the pro-business Free Democrats sceptical about any Greek bailout amid strong public opposition to aid for Athens.

And a group of eurosceptic academics have pledged to challenge any German state aid for Greece before the Federal Constitutional Court, the Welt am Sonntag newspaper reported.