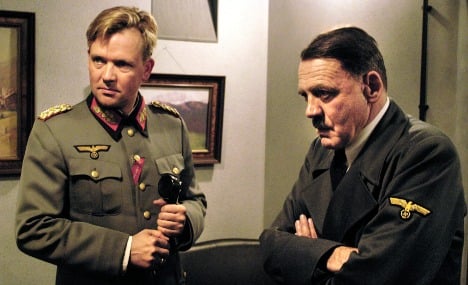 The original scene from the 2004 drama portrays Swiss actor Bruno Ganz as Adolf Hitler in the final days of his life. As Allied forces draw near, an increasingly tense Hitler loses his temper, raging at commanders during a meeting in his bunker.

YouTube users have chosen a remarkable range of topics as alternative reasons for Hitler’s rant – expressed in alternately obscene, ridiculous, and humorous subtitles synced with the actor’s passionate diatribe. Spoofs have ranged from anger over football losses to problems operating Windows Vista.

The viral spread of countless mash-ups has even been parodied with this scene and others, with one portraying Hitler in a rage about the impertinence of mocking the film, and another where he pleads for it to stop. Both of these, it turns out, aren’t far from the sentiments of Constantin Film, the Frankfurt-based production company with rights to Der Untergang, as the original German version of the film is called.

According to news agency AP, following a request by the company, YouTube began removing hundreds of the video memes on Tuesday.

Company head of film and TV Martin Moszkowicz told AP that the move was the last straw after several years of fighting what it believes to be copyright infringement, adding that Jewish groups had also complained about that the mash-ups were in bad taste.

“When does parody stop? It is a very complicated issue. So we are taking a simple approach: Take them all down,” he said. “The important thing is to protect our copyright. We are very proud of the film.”

While some critics say that use of the film clip falls into “Fair Use” copyright rules, which allow for the use of others’ work for some purposes such as education or parody, YouTube’s official position on copyright concerns is to remove questionable content at the request of the owner.

Meanwhile in the face of mounting criticism from web users that the spoofs were actually positive PR for the movie, Constantine Film told The Local on Wednesday it was no longer commenting on the matter.

But pesky internet users had already set about mashing up the famous scene about the downfall of the “Downfall” mash-up craze on Wednesday – only this time they used alternative video sharing site Vimeo.

Hitler, as “Downfall producer” orders a DMCA takedown from Brad Templeton on Vimeo.