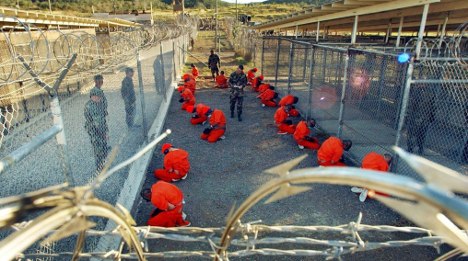 Under the approval of Interior Minister Thomas de Maizière, Germany has all but agreed with the US to accept what is expected to be a handful of prisoners who were arrested on suspicion of terrorism but are no longer deemed a threat.

But Hans-Peter Uhl, the interior affairs spokesman for the conservative Christian Democrats and Christian Social Union parliamentary group, said it was impossible to guarantee the prisoners posed no risk.

“Therefore I assume that admission to Germany won’t happen,” he told Welt am Sonntag newspaper.

Saxony Premier Stanislaw Tillich, from the CDU, told the Berliner Zeitung: “We will accept no former prisoners.”

In justifying his stance, he added: “We don’t see it as our duty. After all, we didn’t capture them.”

The opposition parties, on the other hand, have expressed their strong support for the plan. The Greens’ spokesman for human rights policy, Volker Beck, dismissed Tillich’s argument as hollow.

“The disingenuous claim that we weren’t responsible for the capture of the prisoners ignores the implicit division of labour in the alliance,” he said.

Greens parliamentary leader Renate Künast told Welt am Sonntag: “We Germans must be prepared, based on thorough assessment of individual cases, to take in former prisoners.”

The centre-left Social Democrats’ party vice chairman Olaf Scholz said it was a matter of credibility, explaining that Germany could not demand the closure of Guantanamo Bay yet refuse to help with the relocation of its inmates.

The controversial prison was set up by the previous US government under President George Bush in the wake of the September 11 attacks. Critically, it was a jurisdictional “no-man’s land,” meaning prisoners were held for years without charge – a legal grey area about which many of the US’s allies expressed deep discomfort.