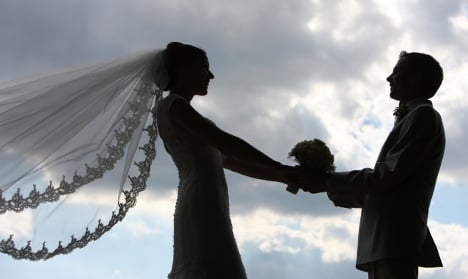 Figures from the Federal Institute for Population Research (BiB) reveal a startling rise in the number of people who never marry, according a weekend report in Welt am Sonntag newspaper. The figures are likely to stoke concerns about Germany’s chronically low birth rate.

“The importance of marriage has dropped off dramatically,” said Jürgen Dorbritz the BiB researcher who gathered the figures. “Germans have lost their enthusiasm for marriage.”

The development was most striking among men in the former East German states. Just 12 percent remained unmarried for life in 1980, a figure that has shot up to 41 percent today.

Some 31.8 percent of women from the former East remain unmarried, compared with 8 percent in 1980.

In the former West, the proportion of men who never marry has risen from 24 percent to 36.2 percent over the same period. For western women, the rise was from 14 percent to 30.5 percent.

On the whole, twice as many people today never marry compared with 1980.

“People will come to realise that the welfare state can never offer the security of the traditional family,” he told the paper.

Hans Bertram a sociologist who advises the Ministry of Family Affairs, said single men and women were not generally basing their decisions on any kind of opposition to marriage per se. Rather, they often lacked job security when they were young, a fact that made them less likely to marry.

“Therefore they are behaving quite rationally if they are not having children and don’t form firm relationships,” he said.